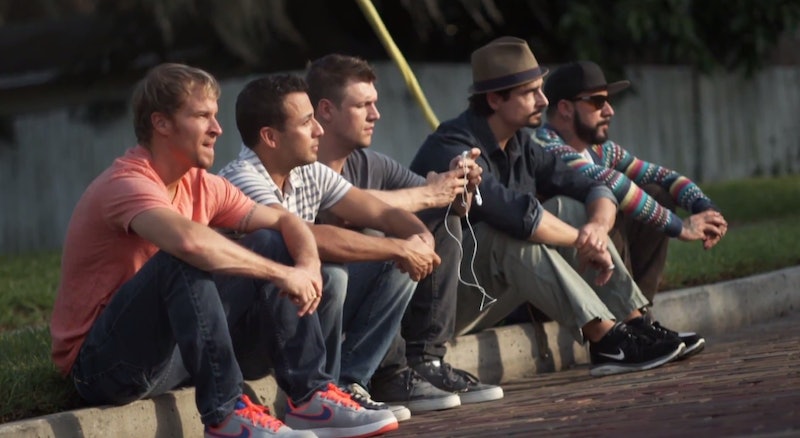 Every kid who grew up in the '90s pondered the question at one point or another: Backstreet Boys, or *NSYNC? Truth be told, I flip-flopped between the two myself. One day, I was obsessed with Justin Timberlake, and the next, it was Nick Carter and Brian Littrel's sweet, sweet voice. To this day, I still know the lyrics to "Quit Playing Games (with My Heart)" and "I Want It That Way" — I'm not sure I'll ever forget them. That's why this news I'm about to share...well, let's just say I may have had a mini-freak out in front of my laptop when I saw it. The trailer for The Backstreet Boys' first documentary, The Backstreet Boys: Show 'Em What You're Made Of , has just hit the Web, and with footage chronicling the boys' efforts to record a new album on their 20th anniversary, it's pretty much AMAZING.

While the documentary does include a lot of older clips of the band back in the '90s and early '00s, it's the newer clips of Brian, Nick, A.J. McLean, Kevin Richardson, and Howie Dorough that really stand out in the trailer, and transform it from another music doc into a deep, compelling look at the mechanics behind a boy band, and the psychological, emotional impacts of being a part of one. It looks downright riveting! "What do you do when you're a full-grown man in a boy band?" the trailer asks.

Sadly, we will all still have to wait a while for the full film: It doesn't actually come out in theaters and on iTunes until January 30. Until then, check the trailer below.