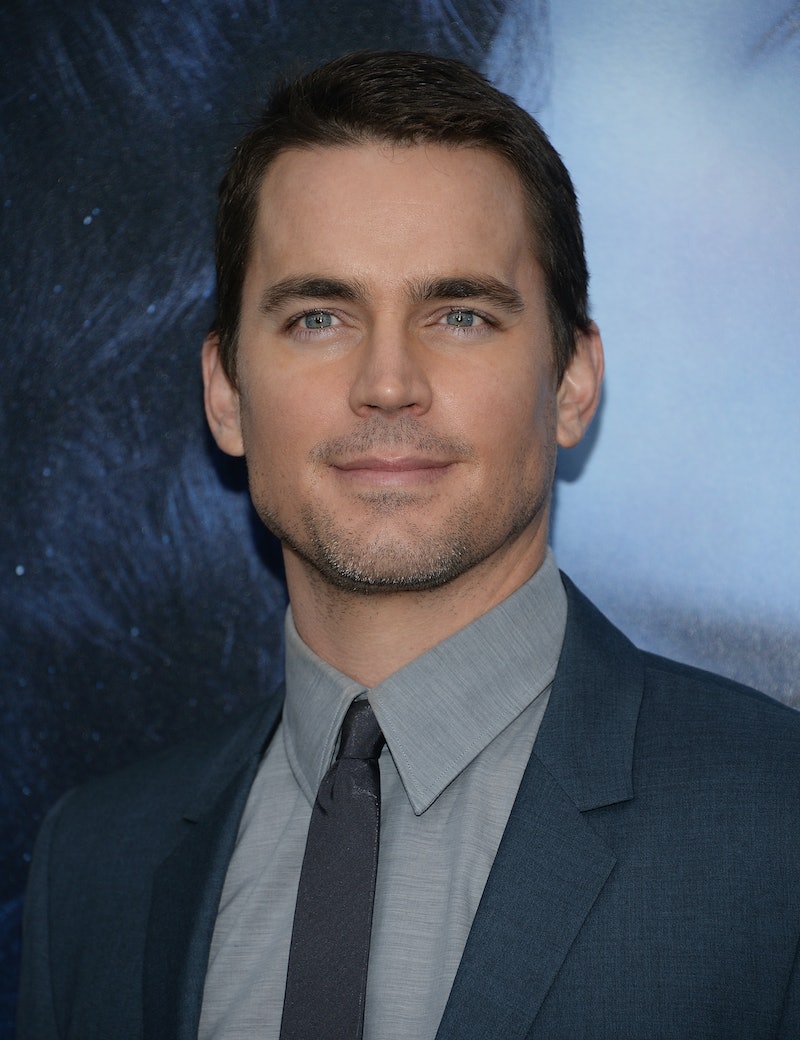 Goodbye television, hello movie stardom. In five simple words, that seems to be Matt Bomer's career plan for the next few years. The guy has stuck it out for over 80 episodes of White Collar alone, so he's earned his chance at breaking into films. (Plus, with a face like that, Bomer was basically pre-ordained for movie glory.) Over the last few years, the actor has appeared in supporting roles in Magic Mike, In Time, and the HBO original The Normal Heart. But once his current gig ends on Dec. 18, our beloved Neal Caffrey will be starring in movies full time. So what's next for Matt Bomer after White Collar ? He's signed up for some very juicy roles.

Season 6 of White Collar is only six episodes long, and that shortened schedule left plenty of time for Bomer to expand his resume. We've already seen him branch out on TV this season with his part in American Horror Story: Freak Show , and he's also up for a Golden Globe on Jan. 11 for playing Felix in The Normal Heart. Winning that award would be quite the kickoff to the next phase of his career. But before he can get to all that, Bomer had to say farewell to the show that made him a star.

But enough with the sappy goodbyes. What do Bomer fans have to look forward to over the next few years? Here are his upcoming projects, ranked from exciting to OMG I CAN'T WAIT.

In this adorable-sounding animated movie, the U.S. government operates a secret agency of friendly ghosts, who protect people from the mean supernatural forces that haunt them. According to The Wrap, Seth Rogen and Melissa McCarthy voice two spirits (Moss and Watts) who must stop an evil plan to destroy the Bureau. Bomer costars as Moss's ex-wife's new husband. This movie might have ranked higher on this list, except it is animated and therefore we won't be seeing Bomer's actual face.

Next year, Bomer will play the mid-century film star Montgomery Clift. Along with James Dean and Marlon Brando, Clift was included in the group with the young method actors of the time who were marketed as sensitive, brooding artists. Bomer getting his brood on for two hours? Sounds good to me. Monty Clift will focus on Clift's time working on A Place in the Sun alongside Elizabeth Taylor, with whom he shared a deep friendship. Clift was nominated for an Oscar for A Place in the Sun. Could the White Collar actor get one for playing Monty?

In July of 2015, Bomer will return to the wonderful world of male stripping for the Magic Mike sequel. Bless every single person involved with this film (which I'm choosing to believe is a documentary about how several Hollywood actors spend their vacations). The plot — in case that aspect of the film holds any interest for you — revolves around a big road trip the boys take before they quit sexy dancing once and for all. I have a suggestion: for the health and wellbeing of our country, could Warner Bros. maybe consider releasing one Magic Mike film every three years, like, forever? Thanks, guys!

More like this
9 Movies & TV Shows That Prove Stanley Tucci Elevates Everything He’s In
By Jake Viswanath and Radhika Menon
At 14, Jurnee Smollett Was Taking Meetings With Missy Elliot & Lauryn Hill
By Chloe Foussianes
Paul Mescal, Man Of Mystery
By Samantha Leach and Heather Hazzan
Everything To Know About The Long-Awaited ‘Community’ Movie
By Stephanie Topacio Long
Get Even More From Bustle — Sign Up For The Newsletter