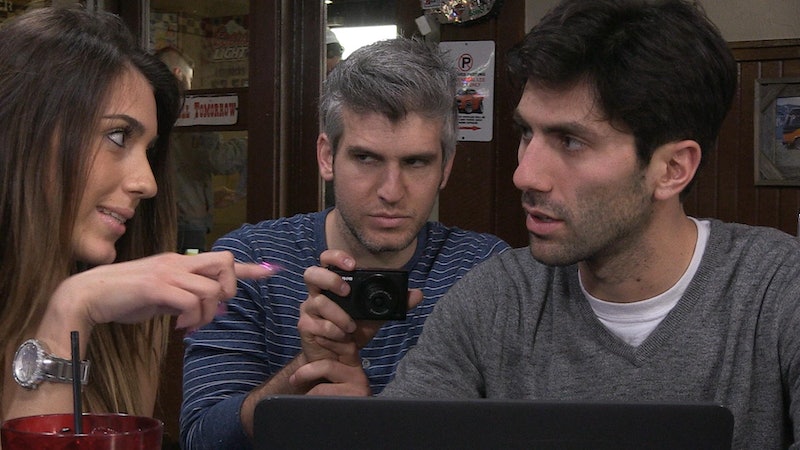 I don't know about you, but my life has felt empty for the past few months. For a while, I just couldn't put my finger on why I was feeling this way, but then, like a Facebook message from someone out of the blue, it hit me. I have sorely been missing the presence of new episodes of Catfish: The TV Show . Oh yeah. Isn't it about time Catfish returned for Season 4 already?

OK, so it's only been about five months since the Season 3 finale of Catfish aired on MTV, but those have been five long months of withdrawal, let me tell you. I haven't been able to yell at the TV whenever someone says his or her online lover doesn't own a web cam. I haven't had my weekly reminder to reverse Google Image Search my photo so I know where it's being used on the web. And I haven't been able to bask in the bromance glory of hosts Nev Schulman and Max Joseph.

Soon enough, Catfish will return for Season 4, and my life can go back to having meaning again. But will the new season live up to the wonder of the previous three? We don't know much about Season 4 just yet, but what I have been able to glean from the Internet so far is that Catfish is going to be just as entertaining and mysterious as ever.

1. It May Be Premiering Sooner Than You Think

MTV hasn't made an official announcement regarding the Season 4 premiere date of Catfish just yet. Some believe that it will follow the pattern of previous seasons' premiere dates and debut some time in late Spring of next year. However, the website of Canadian-based multimedia company Bell Media lists Season 4 of Catfish premiering on Feb. 25, 2015. That is a Wednesday, which is Catfish's usual night, so that premiere date is certainly plausible. Plus, that's only about two months away! Ohpleaseohpleaseohplease let this be true.

Nev recently sent a few photos via Snapchat showing Max and him on a plane heading off on another Catfish adventure, so you still may be able to see the Catfish crew in your neck of the woods. However, production on Catfish Season 4 actually began at the end of September, according to this photo on the Instagram account of executive producer David Metzler, which brings me to my next point...

3. Max May Be M.I.A. During Some of This Season

This fall, Max was filming his feature film debut We Are Your Friends, starring Zac Efron and Emily Ratajkowski from Gone Girl. Filming on We Are Your Friends seems to have wrapped at the same time that Nev started filming Season 4 of Catfish. However, Max is nowhere to be found in behind-the-scenes production photos on Instagram. It looks like even after filming wrapped on We Are Your Friends, Max might have took some time off from Catfish to tidy up some loose ends on the film, like having Warner Bros. pick up the North American rights to the movie. Unfortunately, that means Nev could be going it alone on Season 4 until the silver fox returns, undoubtedly with a We Are Your Friends T-shirt on in every episode from here on out.

4. They're Traveling All Over the U.S.

From what I can tell from social media so far, like past seasons, catfish walk (or crawl?) in all corners of the earth. While filming this season, Catfish has already headed to Atlanta, Texas, and Cinncinatti. While this doesn't exactly tell us anything about the unbelievably true stories we will encounter this season, you have to admit it's better than nothing.

5. You Can Still Be on Catfish

Just a few days ago, the official Twitter account for the TV show tweeted out a link to apply to be on Season 4 of Catfish. If you're a catfish or a catfishee, you can head over to this link to apply, and you might just end up bringing your weird online romance to the small screen.

I feel better knowing at least something about Season 4 now, don't you?