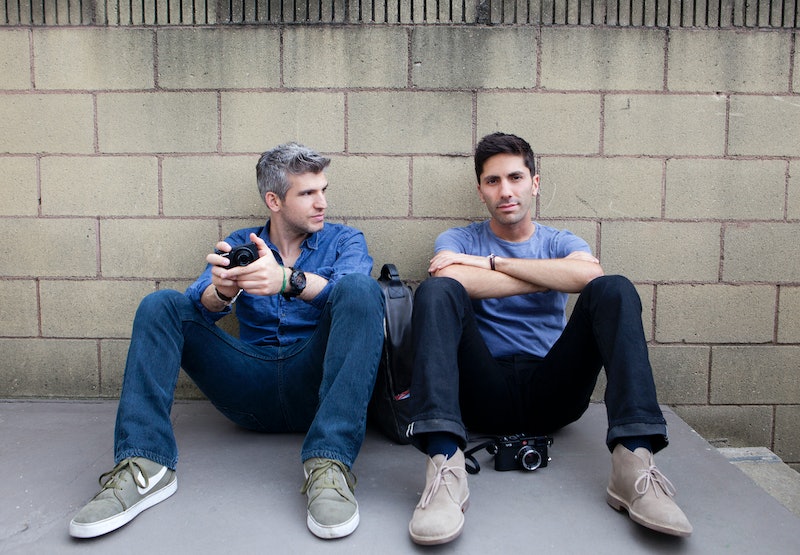 I feel like this is a safe space to admit that my favorite guilty pleasure is an MTV series called Catfish: The TV Show. How can you not love it? I think we all can admit it's a little bit of a guilty pleasure, but it's just so darn good. Try as you might to change the channel to something else, but suddenly you're six hours into a deep Catfish binge because DRAMA. So much drama. Oh gosh, don't you seriously just love when someone turns out to be the exact opposite of who you thought they were going to be? Clearly, I'm getting way too excited about this, and the premiere date for next season hasn't even been announced yet. So even though there's no official date for its return, has Catfish Season 4 started filming yet?

The answer is a big hearty: YES! Just the other day, one half of the Catfish duo, Max Joseph — the silver haired fox of our dreams — announced on his Instagram that Catfish Season 4 is in fact underway. This is awesome news! He and his Catfish counterpart, Nev Schulman, are two perfect peas in a pod. I want to be friends with them and can't wait to see more of them next season.

It appears as if the first stop for the boys is somewhere in Texas, because that's where all of Max's Instagram pictures are tagged. Could they be hot on the trail of a Catfish there? Or are they meeting with the Catfish-ee? Must they always look so perfect in every picture taken?

Nev of course got into the Catfish filming excitement, too and posted a picture of him and Max on an airplane SOMEWHERE. My biggest fear is that I'm going to get Catfish'ed by someone, and they'll live in the same state as me, and I won't get the chance to take a cross country flight with these two boys. These are things I honestly think about from time to time.

So, rest easy, all Catfish fans out there. The boys are back, and Season 4 will be coming to us at some point. Until then, we can bask in the glow of their perfectly filtered Instagram pictures, as we watch the two of them travel around the country together. They're the heroes we all need right now.