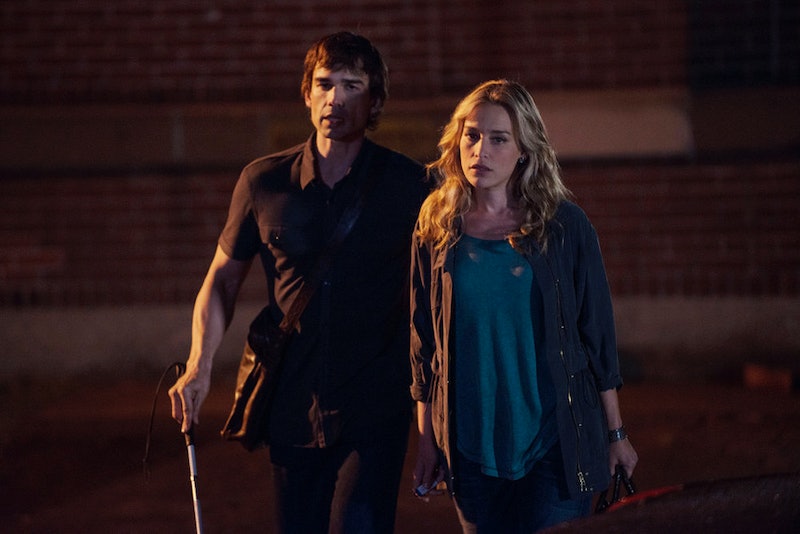 We might be saying goodbye to Annie Walker and Auggie Anderson for now, but they will be back. Even though Season 6 of Covert Affairs has not been announced yet, I am predicting you won’t have to wait too much longer before USA makes a decision. After all, if there was a possibility that this was the last season, showrunners probably would have started trying to tie up some loose ends (caveat: Veronica Mars fans know that logic doesn't always work out). Still, I'd wager USA is most likely waiting for the Covert Affairs Season 5 finale ratings so they can figure out whether next season should be the last one or not.

Then there's this: showrunners Matt Corman and Chris Ord have started dropping hints about what viewers might get to see in Season 6. "Our family is always a part of our life…" Corman told Variety. "So if you asked Annie, I think her sister and her nieces are always close to her heart, so it’s not inconceivable that they would circle back in a potential Season 6." They also talked in the same interview about keeping Hayley around and bringing her back in "future episodes."

Regardless of the hints they drop, after five seasons, if USA just ended one of their top shows with no wrap-up, there would be some serious fan hate. It’s already annoying when shows just stop after one season, but five seasons and no final conclusion would be devastating.

According to TVByTheNumbers, Covert Affairs Season 5 has definitely seen a drop since the season started, which isn't the best sign for a future beyond next season. From Season 4 to Season 5, the show's ratings dropped by 21 percent, ranging from 1.8 million at the start of the season to just 1.3 million last week. Still, it's not too worrisome, since this sort of ratings decline is pretty typical for any aging series.

But, if you’re a die-hard Covert Affairs fan and you want more seasons, you should tune-in for the finale and make everyone else watch it with you. Annie and Auggie need you.

And if the series is renewed, we can likely expect a premiere in late June or early July, just like we have for the past five years. USA has always been super consistent with the show being a summer program and it’s probably not going to change.

In the meantime, If you need some eye candy to hold you over till Auggie comes back into your life, you can always catch up on White Collar , because watching Matt Bomer for hours on end, is very, very rewarding.