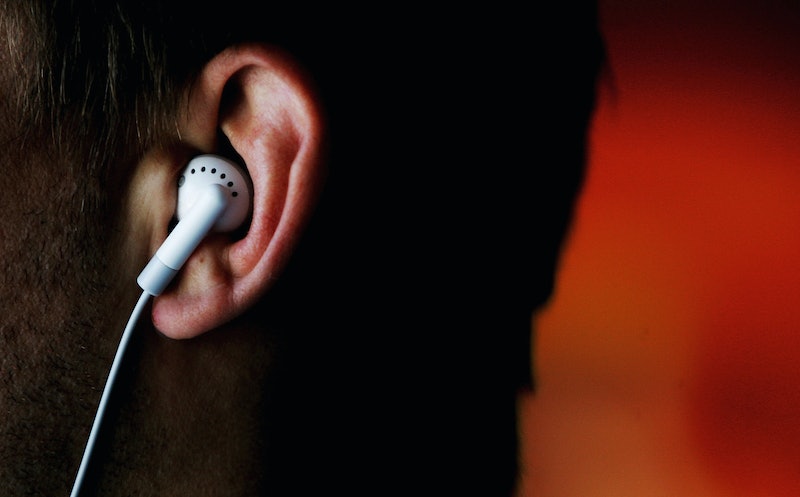 Well, today is the big day: the end of season one of Serial. And Serial fans have a lot of questions (and concerns and multiple anxieties). Are we going to find out who the anonymous caller that tipped the police about Adnan? What about the “I am going to kill Hae” note that Koenig seemed to brush off like it was a piece of inconclusive dust? Most importantly, will we be disappointed? After months of serious commitment, I hope not. America hopes not. We really need a solid ending to this story, lest we collectively give up on podcasts just as we finally have one that's become a pop culture sensation.

While the season one finale of Serial probably won’t reveal who actually murdered Hae Min Lee (right?), or even really provide any closure (Koenig only has just so much control over the evidence and the information she can work with), we’re still going to tune in. Because obviously. The show has been utterly captivating from episode one, and while a moral code has been questioned, it's undeniable that Serial has mastered the craft of captivating story-telling. While there is no other podcast quite like it, there are definitely some others out there that might do a decent job of filling the hole left in our hearts, and ears, by Serial once it leaves us. Are you ready to become obsessed with yet another addictive podcast? Here's where to start:

The Moth, which is based in New York, is a live event (as well as a podcast) that centers around real people’s true stories. The Moth Radio Hour showcases recordings from some of their best shows, stories that have made people bawl like babies, stories that held an entire audience’s intrigue for hours, and stories that delve into the caves of humanity. It’s award-winning. It’s good. You’ll easily get into it, I promise.

A podcast in the form of a radio show (kind of meta) for a made-up town called “Night Vale,” Night Vale is incredibly addictive, and if you love conspiracy theories and well-crafted tales, you will love this show. Falling in between Lifetime’s Unsolved Mysteries and a Stephen King novel, creators Joseph Fink and Jeffrey Cranor’s fictional radio show reports weird happenings in a southwestern town.

Here Be Monsters' tagline boasts, “The podcast about fear and the unknown,” so it’s essentially all we have ever wanted out of a gripping piece of entertainment. Each episode depicts a contributor of the show dealing with the weird, the bizarre, and the uncomfortable. For example, one episode focused on a guest’s very real experience with his circumcision. The array of topics will ensure that you’ll never know what’s going to be covered next.

Episodes of Criminal spend 20 minutes each deconstructing real crime stories: Phoebe Judge, who’s the host, presents listeners with compelling details that will make you feel like a bonafide sleuth from afar.

This podcast airs a new story about a person who has “experienced transcendence and/or power of the will.” Essentially, Everything Is Stories, which is produced by Garrett Crowe, Mike Martinez, and Tyler Wray, runs a profile on a really interesting person. For an idea, Mat Fraser, who you might know from American Horror Story as Paul the Illustrated Seal, was featured in their latest episode.

This weekly podcast from Grantland features Juliet Litman and David Jacoby smartly discussing pop culture. Everything from Top Chef to The Bachelor, to the Real Housewives franchise is fair game.

7. How Did This Get Made

A bi-weekly show on Earwolf, How Did This Get Made is a deep and hilarious analysis of really terrible movies. Hosted by Paul Scheer, June Diane Raphael, and Jason Mantzoukas, this show isn’t about criminals, but is rather about how it’s criminal to produce really crap movies.

Once a week, Risk! has writers, artists, visual performers, and random people share deep, juicy stories they never planned on unearthing. Risk! is smart, but scandalous, kind of like an intelligent version of Gossip Girl.

Hosted by Nate DiMeo, The Memory Palace is a monthly trivia podcast that focuses on quirky and super interesting aspects of historical narratives like the former astronaut’s wife Annie Glenn’s story, or Harriet Quimby, an aviator and screenwriter, born in 1875.

Under the Influence is your frequent dose of Mad Men circa 2014. Host Terry O’Reilly discusses advertising and its history, as well as the psychological impact of a society that allows itself to be constantly persuaded.

Radiolab is essentially the OG of current event and pop culture radio. It provides you with storytelling, music, and personal narratives. Produced by WNYC in New York City and hosted by Jad Abumrad and Robert Krulwich, the podcast also focuses on philosophy and science, so it’s pretty brainy and awesome.

12. Stuff You Should Know

SYSK, published by HowStuffWorks and hosted by Josh Clark and Charles Bryant, is about all the weird stuff you probably don’t know but should, like the history of boomerangs, collective hysteria, and why we twitch when we're falling asleep. If you ever feel like being the smartest person in the room you should probably get on this.

More like this
What Is 'Pretty Wild' Star Tess Taylor Up To Now?
By Morgan Leigh Davies
Where Is Armie Hammer’s Ex-Wife Elizabeth Chambers Now After 'House Of Hammer'?
By Grace Wehniainen and Radhika Menon
After The Bling Ring, Nick Prugo Was Embroiled In Another Scandal
By Arya Roshanian
Gabby Petito’s Family Responded To The New Lifetime Movie About Her Final Days
By Grace Wehniainen
Get Even More From Bustle — Sign Up For The Newsletter