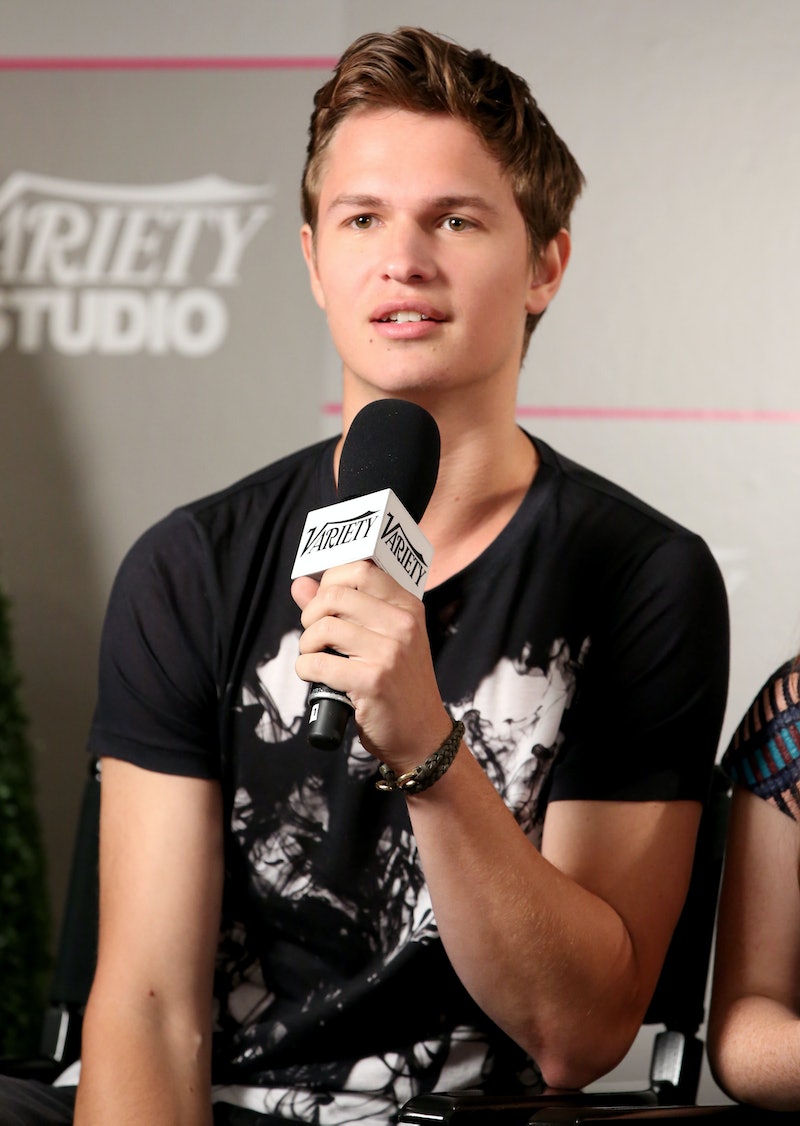 Whenever I hear that a celebrity has responded to rumors of their potential homosexuality, I always tend to brace myself for the worst before I read their reply. It seems like the most sensitive thing a celebrity can manage to do when faced with such rumors is to laugh at them like they are a hilarious joke — such as Niall Horan when caught kissing a guy in a video (he wasn't, but isn't that just too funny)? Other reactions tend to range from anger to confusion to repeated claims toward heterosexuality and, sorry, but eye rolls are in order. No such exasperation was necessary when Ansel Elgort responded to rumors that he is gay on Wednesday, because Elgort continues to prove that I'm justified in my intense love for him.

Elgort's reaction came via his Twitter, in which he clarified that he was super into the whole lady thing. However, he followed that up with a second tweet that made my black little heart melt toward him again. Elgort might be heterosexual, but he's not just denying the rumors because of that. He was denying the rumors because, apparently, if he was homosexual then we'd all know about it by now.

Considering the amount of people who struggle with their sexuality and finding acceptance, who struggle with coming out to friends and family, who struggle with finding celebrity icons to emulate who are out and proud, it's so refreshing to have Elgort couple his "coming out as heterosexual" with the addition that he wouldn't be ashamed of who he was if he did identify as anything other than straight. If I could reach through a computer and hug him, I would, but I'm pretty sure he would find that more than a little creepy.

Quite honestly, it's less important to me to find out that Elgort is heterosexual and more important for me to find out that Elgort used it as an opportunity to make all of his LGBT fans feel accepted and loved. After having their sexuality made the butt of a joke or treated like something to be ashamed of in other situations when celebrities are asked that "dreaded" question, it's refreshing to remember there also exist celebrities like Elgort who actively encourage fans to be true to themselves and embrace their sexualities. It was the perfect way to handle the situation, so if you weren't already a fan of Elgort thanks to The Fault in Our Stars then now is certainly the time to become one.