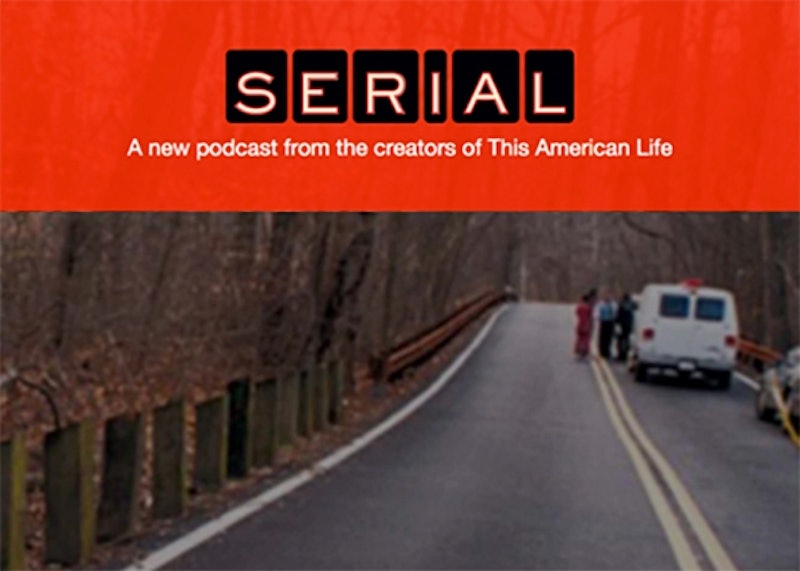 And just like that, it's over. On Thursday early in the morning, the Serial podcast released its final installment of Season 1 and gave us a few more answers to one of the most captivating cases in recent years. The case of Adnan Syed's supposed murder of Hae-Min Lee in 1999 in Baltimore, Maryland, gained a gigantic following and became a phenomenon and boon for other hopeful podcasts. While unfortunately the finale installment of Serial, "What We Know," didn't give us official answers of whether or not Adnan Syed killed Hae-Min Lee (because wouldn't we hear that there's new evidence in the case on the news if the truth was revealed?) the show definitely caused many people, including host Sarah Koenig some headache and heartache. And yet most people don't seem to mind that the conclusion never came. After the finale was released, fans took to social media as they always do to post their reactions to the installment on Twitter.

If anything can be said almost matter-of-factly about the Serial phenomenon, it's that mystery will always attract viewers and Twitter certainly proved this theory when it blew up Thursday morning with reaction tweets. The reactions ranged from the rare total outrage to the complete, impressed awe over the season as a whole.

There were obviously those who continued to be more confused than feel anything else, and yet were still able to make jokes about the podcast:

Others took the confusion and just ran with it, not seemingly feeling angry as much as stating the obvious.

Some people just couldn't find the words. (I understand this feeling completely):

Others decided to write a new ending to those who have yet to hear the podcast's final Season 1 episode.

Some people asked the most obvious but necessary questions that seem to frustrate listeners (and Adnan) the most:

Like me, this fan needed an outlet to process all of the overwhelming information and emotions of the case. Talking Serial anyone?

Most people were just extremely appreciative of the series' creation:

Eventually someone had to bring up the Funny or Die spoof of Serial 's finale.

Then there was this: