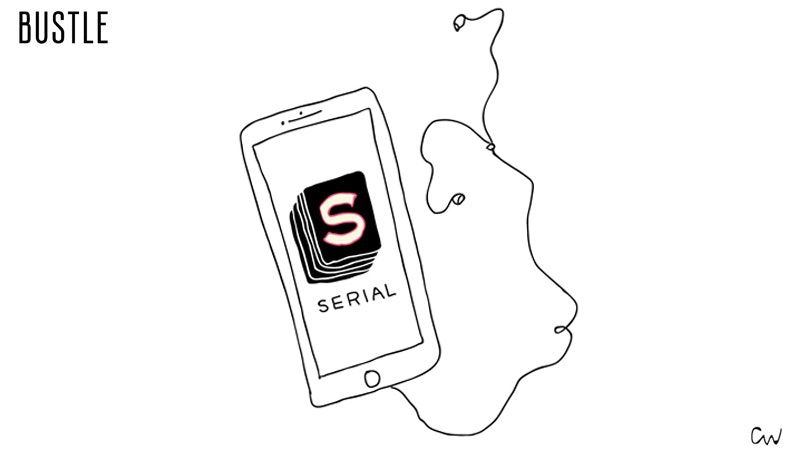 After months listening to NPR's hit podcast Serial hosted by Sarah Koenig, we now know how it ends. On Thursday morning the final installment Episode 12 "What We Know" showed up on iDevices around the country an hour before the sun peeked through the window and presented rabid fans with the conclusion to Sarah's year-long research. Did she unearth new info that proves Adnan Syed is innocent? Did she find out who really killed Hae-Min Lee? Did Jay's cellphone really ping those towers? Did Deirdre and the Innocence Project come to the rescue? Did Dana ever get shellfish poisoning? After about 12 hours of tape you're wondering, how does Serial end? This is how. (Spoilers ahead.)

Or, perhaps more accurately, this is how Serial Season 1 starts to get good. The final episode is indeed the end, but it's the beginning of more information, more loopholes, and more questions. Over the finale's 56 minutes, we hear from Don, Hae's LensCrafters boyfriend at the time of her death, and he mentions a note. We hear from Josh, a co-worker of Jay's who tells Sarah that Jay was scared of Pakistanis in a van, trying to harm him. We hear from producer Dana, from Deirdre, and we hear from Adnan. These players, old and new, have old and new things to say.

The bombshells of the episode, if you can call them that, are these:

That 3:21 p.m. Call to Jen Makes a Reappearance

And it throws Sarah and co. into a spiral about who had Adnan's phone that afternoon, as Jen says Jay had it, but the cell tower that covers Jen's house wasn't pinged during that call. So who called Jen, and from where?

In a few pithy sentences, the shrimp-loving producer doesn't say Adnan is guilty, but lays out just how unlucky he had to have been that day if he is, in fact, innocent: He leant his car and phone to Jay on the day Hae goes missing. Adnan's phone, allegedly not in his possession, butt-dials Nisha. He can't remember where he was between 6 p.m. and 8 p.m., while Jay's testimony during that time is mostly corroborated by those damn cell pings. Man, Adnan had to be the unluckiest guy on the planet on Jan. 13, 1999 if he really wasn't involved in Hae's murder.

It's revealed that Deirdre and her Innocence Project team have filed a motion to re-open Adnan's case after connecting the dots about Moore, a serial rapist and killer who was active in Baltimore during the time of Hae's death. They will test the DNA found under Hae's fingernails and the hairs on her clothes — what is discovered from that will be very interesting, if not totally case-shattering.

As Deirdre posits: What makes more sense? Sweet 17-year-old Adnan killing Hae, or serial-rapist-murderer Ronald? Sarah is unconvinced: But what about Jay?

What we know is that we still don't know who killed Hae. We know that Sarah would acquit Adnan in a court of law, but in her heart, she's not so sure he didn't do it. As for Adnan? "There's nothing in my case that I'm afraid of."

Back to square one.

More like this
What Is 'Pretty Wild' Star Tess Taylor Up To Now?
By Morgan Leigh Davies
A TikToker Just Proved Gossip Girl's Identity Was Revealed In Episode 1
By Jake Viswanath and Meguire Hennes
Where Is The Bling Ring’s Rachel Lee Now?
By Arya Roshanian
Where Is Armie Hammer’s Ex-Wife Elizabeth Chambers Now After 'House Of Hammer'?
By Grace Wehniainen and Radhika Menon
Get Even More From Bustle — Sign Up For The Newsletter