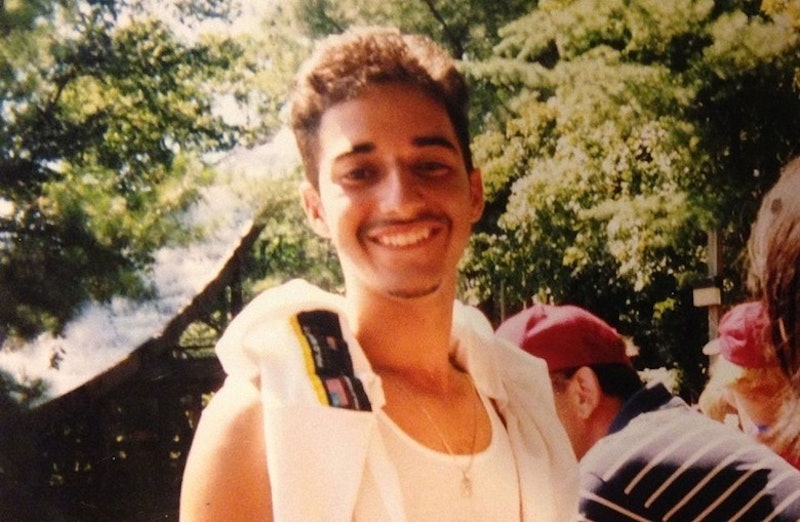 If you thought you were going to have clarity as to who killed Hae Min Lee at the end of the Serial finale, boy, were you wrong. If you're anything like me, you might be even less confident in your stance than you were from episode one. But if anything can be said about the finale, it's that Sarah Koenig (and team) did a great job at presenting every single theory of what could have possibly happened. But which one is the real deal? Let's explore our options.

I wasn't skeptical about Don until the finale. Maybe his silence was working toward his advantage, I don't know. I do know that ever since Sarah was able to question the timeline the cops had put on Jan. 13, Don's alibi always seemed weak. Here's what we know: Don wasn't supposed to work on Jan. 13, but he took a shift at a different LensCrafters store. He clocked in at 9:02 a.m., and clocked out at 6 p.m. We also know that he and Hae had plans to meet that night, after her shift ended at 10 p.m.

What if Don actually did see Hae? He may say he didn't, he may say he was at work until 6 p.m., but then again, his manager that night, the one person who can vouch for his presence, his mom.

I go back and forth with Adnan, but here's the theory against him: When Adnan sees Hae, asks for a ride, etc., he sees the note that Hae had in her car for Don. The note, which starts with "Hey cutie, sorry I couldn't stay..." might have been enough to set Adnan into a rage, which could have led to Hae's murder. Perhaps Adnan was never over Hae, and the "meeting" he and Don had was his way of saving face, but the note sent him overboard. It's just a theory, of course.

Was it Jay all along? Jay seemed to be so involved in all of the happenings, he knows details — assuming they were testified organically — about the murder and the disposal that no one else was able give to police. One Reddit theory suggests that Hae saw Adnan's car, went up to it, and there was Jay, inside.

Now, how could this lead to her murder: Hae knew that Jay was "stepping out" on Stephanie. Hae and Stephanie were friends, and maybe Hae made it clear to Jay that she was going to tell her. He obviously doesn't want that to happen, so in a fit of rage, kills Hae. Jay and Hae don't have much history, but if Hae saw Adnan's car, it could explain why she would approach it.

After all this, it would be crazy if someone completely unconnected to the case was the one responsible for Hae's murder, but boy, would it wrap everything up in a nice bow. Ronald Lee Moore, a known criminal at the time, who killed another woman just 11 months after Hae went missing, could be the guy. He was released from jail just two weeks before Hae went missing. If DNA testing is granted, the evidence could tie Moore to Hae's murder.