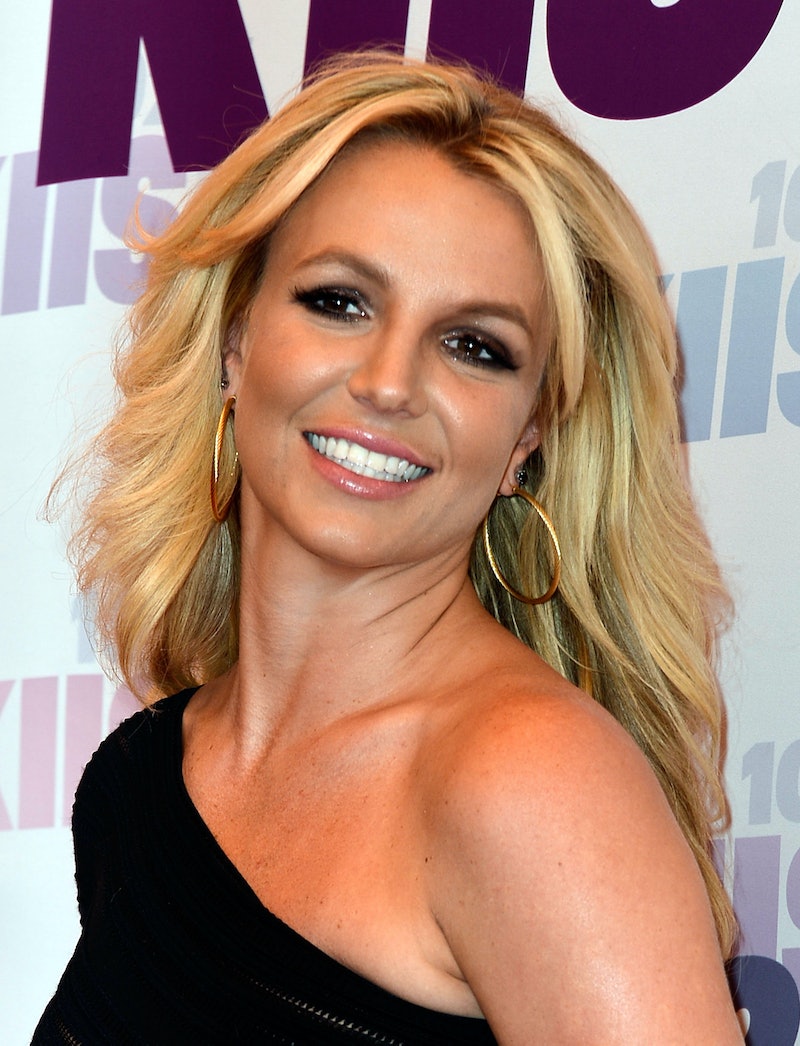 On Sunday, during an interview backstage at Kiss 108's Jingle Ball concert, Iggy Azalea spilled some details about her new song with Britney Spears. Yes, you read that correctly: Azalea recorded a song with the Princess of Pop. Wow. I don't know how to feel. According to the Azalea, the "undeniably great" track will serve as the lead single from Spears' new album, and fans should expect to hear it at "the beginning of next year." That's so soon! "I think people are going to really love it and enjoy it," the "Fancy" hit-maker gushed. "It's a really fun track." Azalea and Spears... together at last? I do like a few of Azalea's songs, and new music from Spears is always good news, but I'm not so sure this is a match made in pop music heaven. (I'll explain in just a second.)

How did this whole thing come together, anyway? Well, if you'll recall, Spears told Extra back in September that she wanted to work with Azalea. Apparently, Spears' team reached out to the 24-year-old Australian rapper shortly afterwards, and the rest is history. (Spears also told Extra that she'd like to work with Katy Perry, so I'm guessing her team made that happen, too.) Skip to the 3:53 mark in the video below to hear Azalea talk about her collaboration with Spears.

This is why the upcoming Azalea/Spears single makes me a little uneasy: On the one hand, Azalea did deliver a fun and memorable guest verse on Ariana Grande's massive hit "Problem" earlier this year. She was definitely a nice addition to the song. But on the other hand, I'm worried that the collab will be perceived by the general public as Spears desperately trying to remain relevant by jumping on a track with "the rapper of the moment." It wouldn't necessarily be a fair or accurate assessment of the situation, but that's how I anticipate it being spun by the media. I mean, sure, Spears' last album, Britney Jean , was kind of a commercial flop, but if you ask me, she'll always be relevant. She's Britney Spears. She's a legend, and she continues to inspire new artists today.

So, I'll try to keep an open mind about this whole Azalea/Spears single. Who knows? With Azalea's name attached to it (let's face it, she's really hot right now), it could become one of the biggest releases of 2015! But I'm getting ahead of myself. I'd settle for it being just a really good pop song.