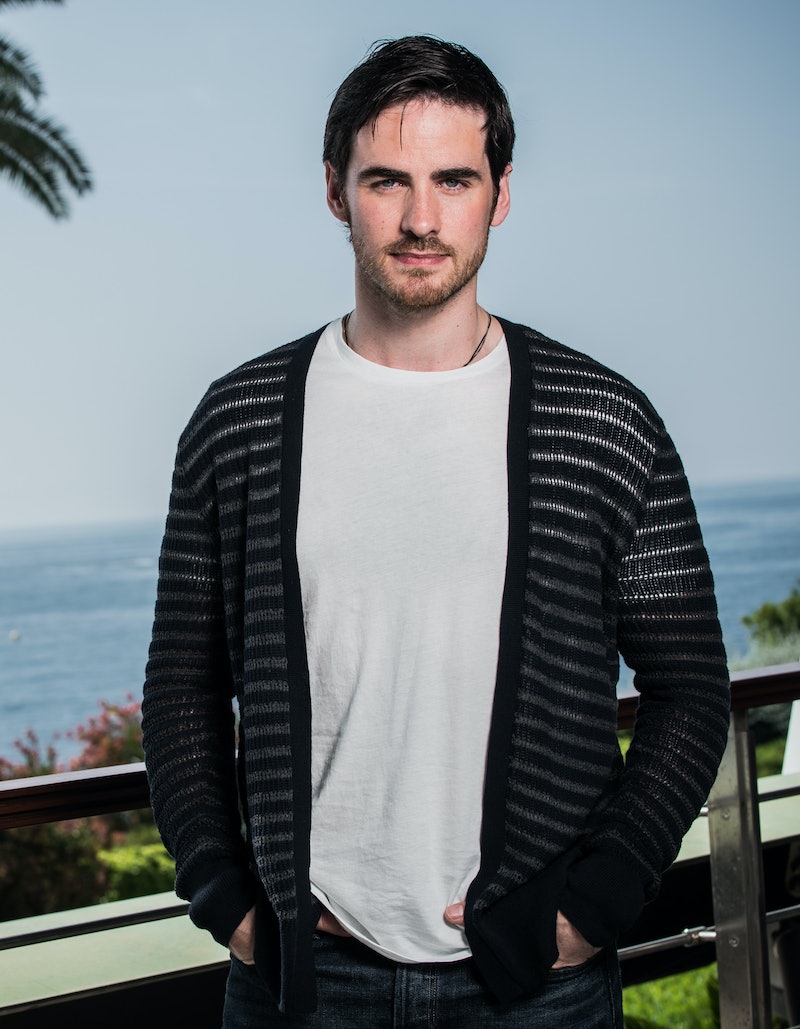 If your heart feels like it's missing without Once Upon a Time's Captain Hook in your life for the next few months, there may be a cure. Actor Colin O'Donoghue is filming Christina Perri's "The Words" music video, and from the looks of it, there's romance in the cards. Don't worry, she won't take over Emma Swan's place in his heart, but based on Perri's cute Twitter photos from the set, O'Donoghue will be just as swoon-worthy in the video.

As a little history lesson, O'Donoghue used to sing and play guitar in Irish band The Enemies, but he unfortunately had to leave last year due to OUAT scheduling conflicts. He's also playing a musician in the upcoming indie film The Dust Storm. Though neither of those things really matter since he probably won't be singing in the video, I just thought you should know. As for the message behind Perri's song, it is about not being afraid to say those three big words to someone. Honestly, it could probably be Hook singing to Emma since she's so terrified of loving then losing someone. Take a peek at the lyrics and some behind-the-scenes photos, listen to the song, and prepare yourself for the romantic video accordingly.

"And all of the steps that led me to you/And all of the hell I had to walk through/But I wouldn’t trade a day for the chance to say/My love, I’m in love with you. And I know the scariest part is letting go/'Cause love is a ghost you can’t control/I promise you the truth can’t hurt us now/So let the words slip out of your mouth."