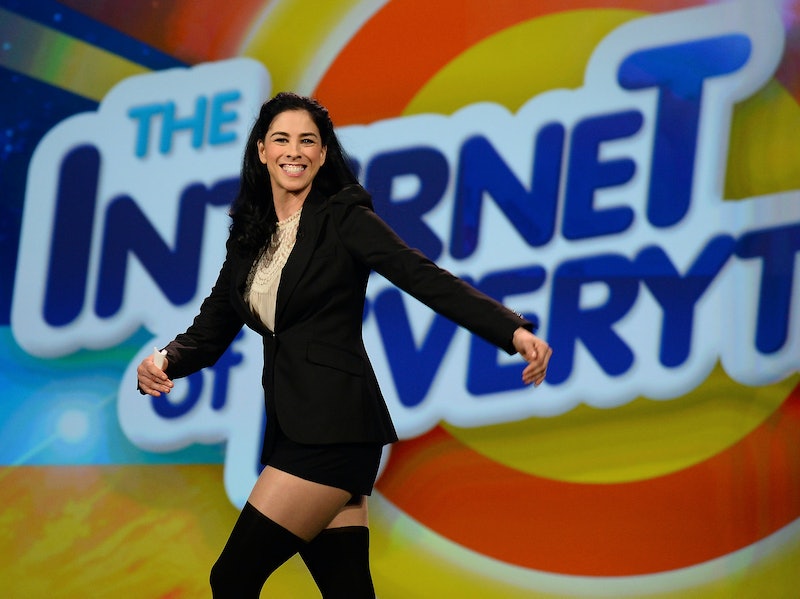 I can't say that this comes as much of a surprise to me. The last time comedian Sarah Silverman collaborated with HBO, it won her an Emmy. So when it was announced on Thursday that Silverman is starring in a pilot for the network — well, it just seemed right. Everyone seems to be trying to break into the TV game, after all, and HBO is considered one of the most prestigious networks on which to do so.

Silverman, for her part, could hardly be called a stranger to TV gigs. She's been all over the small screen on and off for the last 20 years. After all, she had her own show on Comedy Central for three years, and the most recent season of Masters of Sex featured her. She's also got a history with HBO aside from her stand-up special, as she used to be on The Larry Sanders Show. And, after seeing her turn as a supporting character in Take This Waltz, I have faith that Silverman can carry the dramatic as well as comedic aspects of a gig like this.

It should also be noted that this new pilot sounds tailor-made for her. According to Deadline it's set to be "a comic look at a pathologically honest woman having a modern mid-life crisis," which sounds right up her alley. She is a woman who's made a career out of comically shocking people with what comes out of her mouth.

Silverman is set to executive produce the series alongside Lucy Prebble, who created Secret Diary of a Call Girl, as well as Ash Atalla (IT Crowd, the British The Office), Amy Zvi (who EPed Sarah Silverman: We Are Miracles, Silverman's Emmy winning comedy special for HBO) and Dan Hine (Cuckoo).

More like this
UK Viewers Will Have To Wait To Watch The Handmaid’s Tale S5
By Maxine Harrison
15 Offensive AF Jokes In 'Friends' That Really Aren't OK
By Tolly Wright, Bustle Editors and Meguire Hennes
Devi Is Going To Meet A “Smoldering Bad Boy” In ‘Never Have I Ever’ Season 4
By Jack Irvin and Gabrielle Bondi
Netflix Reveals First Look At Wednesday In The 'Addams Family' Spinoff Series
By Bustle Editors
Get Even More From Bustle — Sign Up For The Newsletter