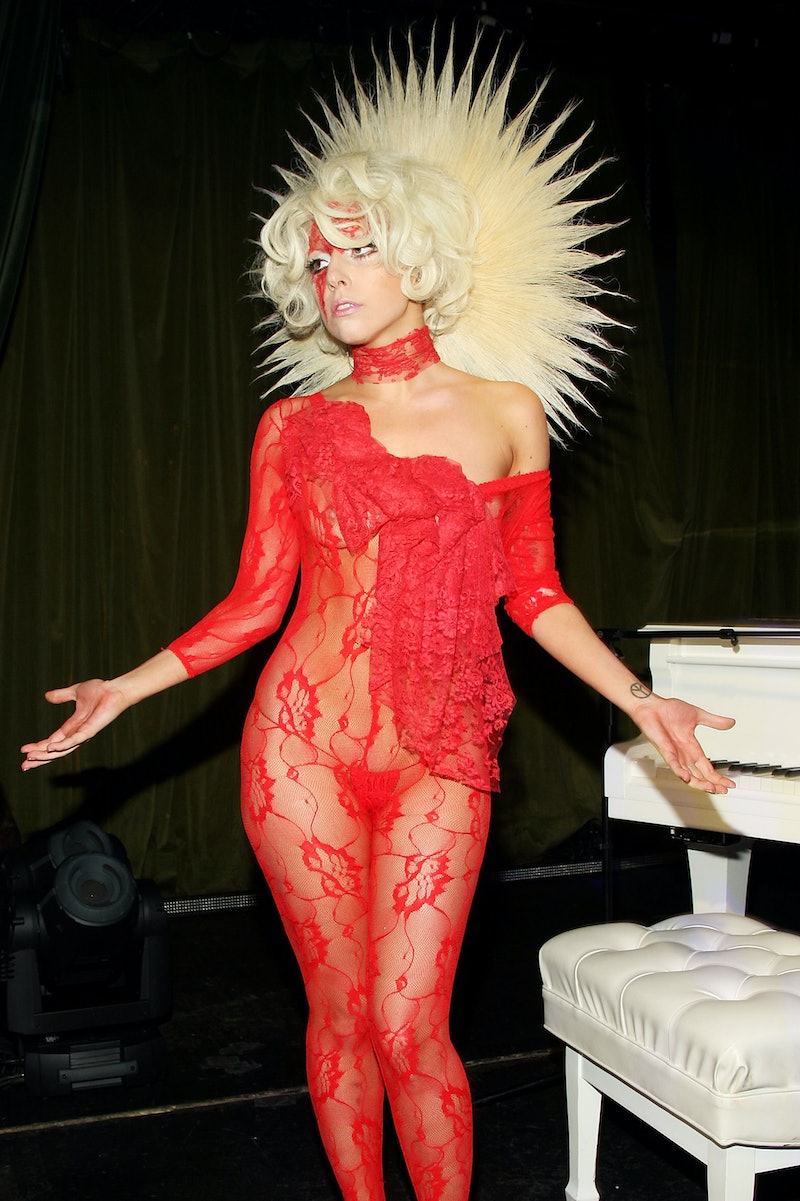 When Lady Gaga speaks, be prepared to hear something out of the ordinary. The 28-year-old singer recently joined Tony Bennett for an appearance on The Tonight Show to promote their joint project Cheek To Cheek. The conversation

remained pretty normal until Jimmy Fallon asked Lady Gaga about her experience with taking advice from strangers. It was then that Gaga said a 65-year-old stripper told her she should get naked while singing more often. That wasn't the most original advice, but coming from someone who apparently didn't recognize the singer, it was pretty spot on.

Wow, judging by the pearls of wisdom she shared with Gaga, it sounds like this lady may deserve a permanent position on the singer's creative team because she definitely had her pegged. As everyone knows, Gaga is already way ahead of the game when it comes to shedding clothes in front of an audience. In the past, she's posted a few nude photos on Instagram (which surprisingly hasn't gotten her banned), attended ballgames without pants, had a naked spread in V Magazine and even stripped down for the cover of her artPOP album. In short, appearing in the buff is hardly the wackiest thing Gaga's ever done.

Here are four times she proved she's an absolute pro at getting naked:

The Time She Got Naked For Marina Abramović

Gaga put her naked spin on The Abramović Method when she appeared fully unclothed during an appearance in the artist's Kickstarter campaign video.

Her Surprise Naked Performance in London

Clubgoers at London nightspot G-A-Y were treated to a surprise show by Lady Gaga, who shed her clothes while performing the song "Venus."

At the 2013 MTV Video Music Awards, Gaga performed a booty-baring rendition of "Applause."

All the Times She Got Naked During Her artRAVE Tour

Who has time to go all the way backstage for costume changes? Not Lady Gaga. The singer incorporated an onstage outfit change into her artRAVE shows, baring basically everything to the audience.