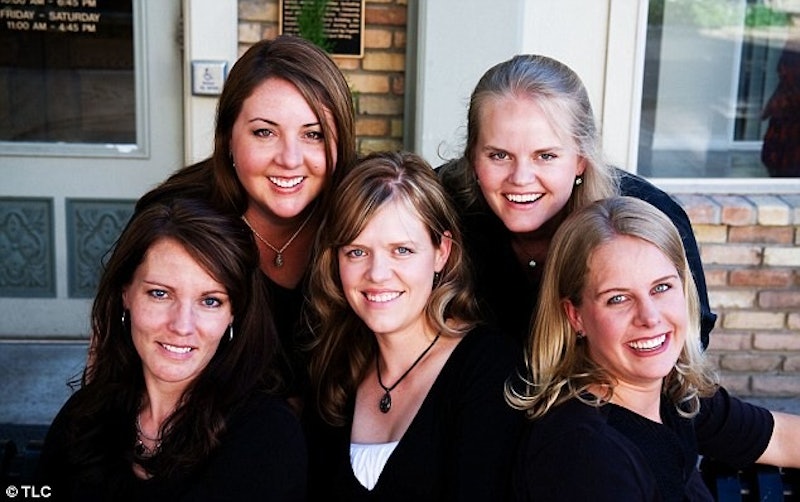 There are few things in life greater than a TLC reality show, and even fewer things greater than a TLC reality show about polygamy. I've adored Sister Wives since the very beginning, in the kind of way you adore things that are simultaneously upsetting and endearing, and My Five Wives has had the same effect on me. I might disagree with the Williams' lifestyle, but that doesn't mean I'm not completely curious about the way it works. And over time, I've kind of gotten attached to the Williams family. Sure, Brady kind of sucks, but I love his wives — and the kids are way too cute. So now that Season 2 is coming to an end on Sunday, will there be a Season 3 of My Five Wives ?

As of right now, no — nothing has been filmed, and nothing has been confirmed. TLC has yet to announce that they've renewed the show, and as of Dec. 14, the Williams have no idea what the plans are, either. How do I know this? I stalked their Facebook page (the one run by their family, not TLC). You can check it out for yourself, and if you want to mock their MS paint profile picture, you are not alone in doing so.

"We haven't been told for certain," Brady responded when a fan asked about a Season 3. "We will post as soon as we know. Yes fingers crossed."

This is good. It's not an outright no, and the Williams certainly sound up for doing another season if the opportunity presents itself. And there's definitely still interest in the series, and plenty of drama to cover. With Nonie expecting her next baby and the family trying out a two-night rotation for Brady's split schedule with his wives, I can almost guarantee you tears in just about every future episode. And with the scarily premature arrival of Karlie's baby, Huck, viewers definitely want to see what's going on with the Williams' eldest child and her new family.

My fingers are crossed for renewal news soon. Sometimes, the way Brady behaves toward his wives makes me sick, but I'm always up for a healthy debate between me and my TV screen. If I only watched shows about people just like me, I'd be watching a girl sit on her couch with her cats, watching Netflix, 24 hours a day. And that would be really, really boring.