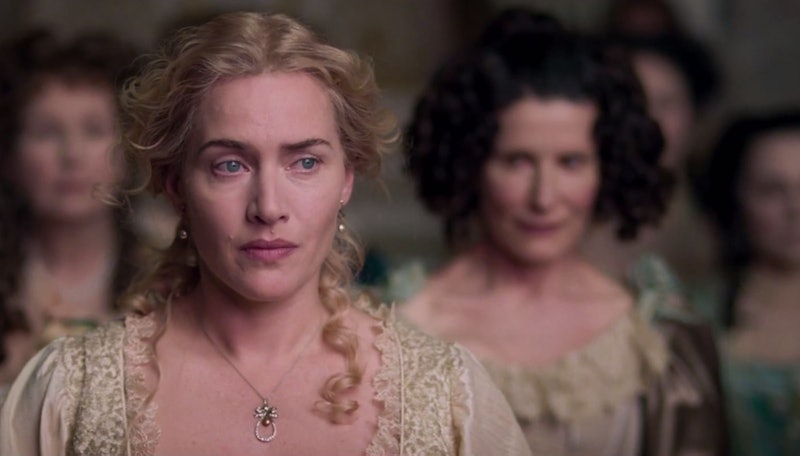 Some trailers seem determined to explore every aspect of the movie they're promoting in a two minute timeframe. In other words, they give everything away. I haven't seen the Alan Rickman-directed A Little Chaos, but the first trailer leaves me with the impression that this is one of those movies. But hey: Kate Winslet, Rickman, and Stanley Tucci are all present, and that's long been more than enough to charm me towards a film.

A Little Chaos follows Winslet as Sabine de Barra, a woman tasked with building one of the gardens of Versailles. From the looks of the trailer it's got all the elements of a classic period drama: Romance (Sabine falls for a married man), class issues, corsets and flowing skirts. Winslet is, by now, a seasoned pro at this.

And, yes, A Little Chaos does appear to be another one of those puzzling films in which British accents are everywhere even though the film is set in France and all (or at least most) of its characters are French. Even Rickman, who's playing one of the most famous French people of all time (King Louis XIV), is still doing his British accent. I will never accept this trope. It's not that hard to do a French accent

But I will accept the flowing skirts and corsets, so it's a wash.