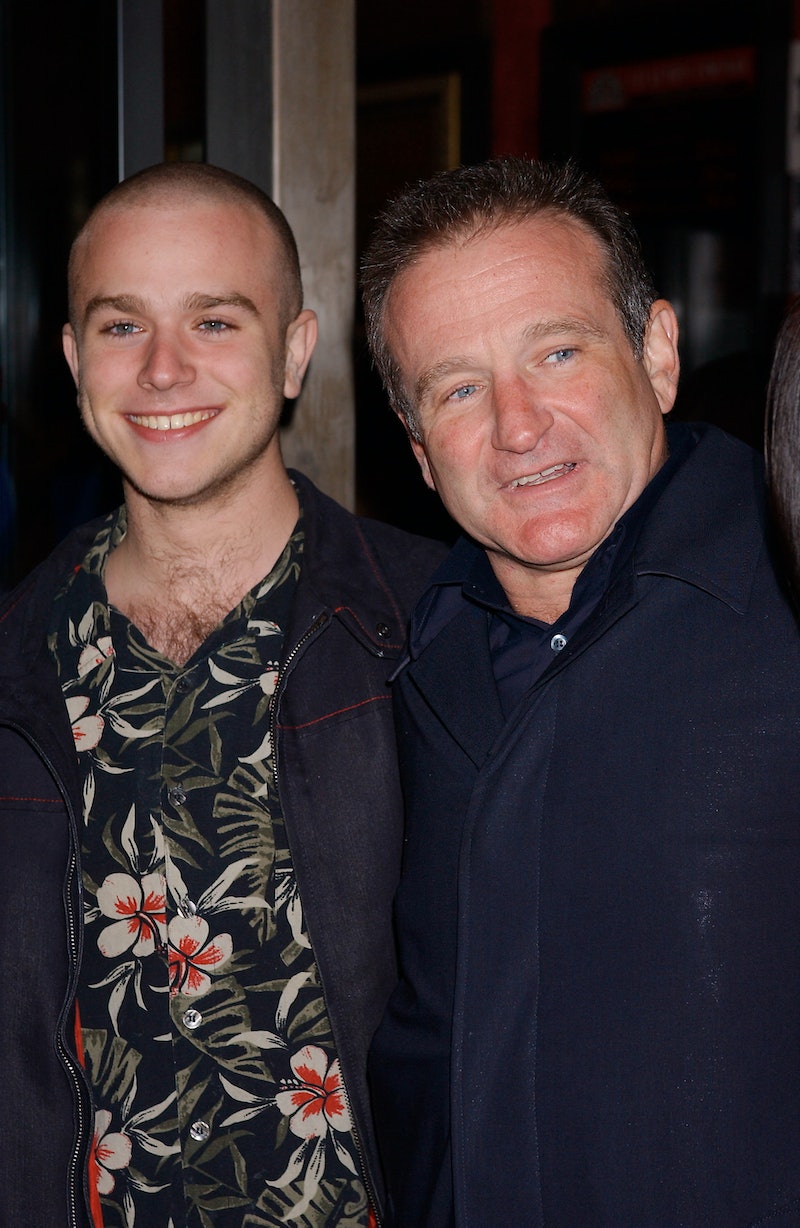 In a new issue of PEOPLE magazine, Robin Williams’s oldest son Zak talks about mourning the loss of his father. “There’s not a day that goes by that we don’t think about our dad," Zak says about himself and half-siblings Zelda and Cody.

This past August, the legendary actor took his own life at the age of 63. He is survived by wife Susan Schneider and three children.

“I miss him all the time,” Zak says. “Often I see something or if I’m watching a film, I think, ‘Oh, man, he would have appreciated this’ or ‘He would have gotten a laugh out of this.’”

Zak first spoke out about his family's devastating loss back in November at the Christopher & Dana Reeve Foundation fundraising gala. He said his family is “acclimating to the new normal" and that he and his wife "are focusing on doing a lot of good. She runs the San Francisco office of Human Rights Watch, and we’re working with them to do good in the world.”

In the PEOPLE cover story, Zak echoes the "focusing on doing a lot of good" sentiment he articulated at the Christopher & Dana Reeve Foundation gala. Carrying on the philanthropic legacy of his father, Zak volunteers at a prison. "It's through helping others that I’ve begun to heal," he says.

More like this
Twitter Has So Many Thoughts About ‘Don’t Worry Darling’ After Its Release
By Stephanie Topacio Long
Paul Mescal, Man Of Mystery
By Samantha Leach and Heather Hazzan
Florence Pugh Reflected On Her ‘Don’t Worry Darling’ Experience On Opening Day
By Brad Witter
KiKi Layne & Ari'el Stachel Call Out 'Don't Worry Darling' Over Cut Scenes
By Sam Ramsden
Get Even More From Bustle — Sign Up For The Newsletter