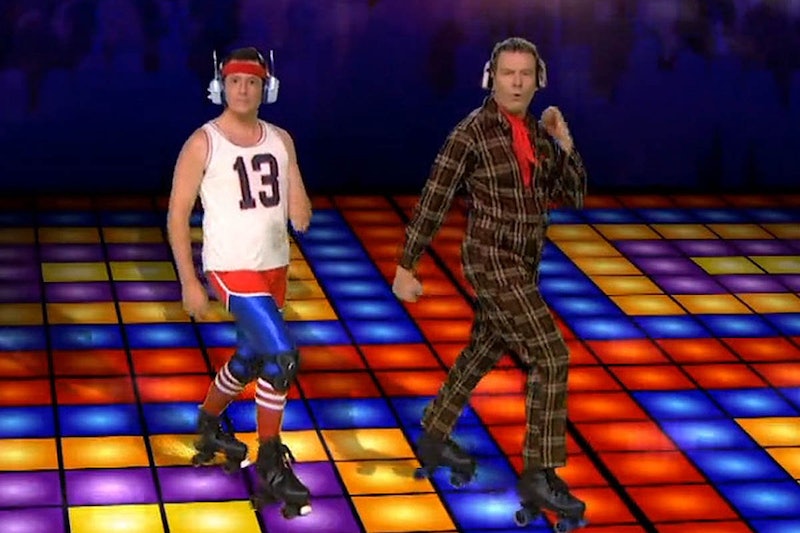 Stephen Colbert couldn't send The Colbert Report off on a sappy note. Sure, Johnny Carson could get away with having Bette Midler sing the indelibly sentimental "One for My Baby," but that's not Colbert's style. He opted for something... darker. And as for those beckoned to join him in the valedictory ballad? He roped in a company much... sillier for the Colbert Report farewell song.

When it seemed like his final show was about to close its curtains for good, Colbert did the unexpected: he broke into song. And what musical number would be more appropriate for a scathing political satirist like Stephen than the theme of the most scathing political satire in cinema history? Colbert began a lilting rendition of "We'll Meet Again," the 1939 Vera Lynn love song that earned an irremovably bleak connotation when played over the closing sequence of world domination in Stanley Kubrick's Dr. Strangelove or: How I Learned to Stop Worrying and Love the Bomb. This connection, we can be sure, was no accident.

But Colbert wasn't charged with singing alone. He was quickly joined by longtime friend, former boss, late night lead-in, and political rival: Jon Stewart (with the piano handled by none other than Randy Newman). The buddies shared a verse together before ushering in a slew of other friends of The Colbert Report in droves.

And to be perfectly honest, I'm not even sure if that's everyone. People love Stephen Colbert. And we'll all miss him.