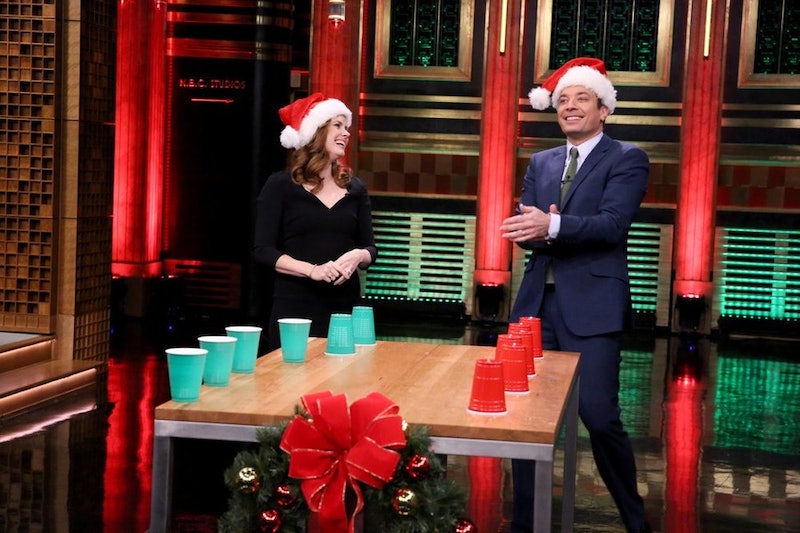 When Amy Adams played flip cup with Jimmy Fallon on The Tonight Show, it wasn't a neck-in-neck race. Instead, the festive version of the college classic was dominated completely by Jimmy Fallon. Before we put a moratorium on "the struggle is real," it can be used to accurately describe Adams' adorable fumbling to flip one single cup. She ended up being able to get through two, but that was in the time that Fallon managed to chug and flip over all of his cups. There is one potential explanation for this: Adams didn't go to college — though she did work at Hooters, but beer is served in owl-themed glass mugs not appropriate for flipping there — so maybe drinking games just aren't her forte. Based on her initial reaction to the cup tumbling over the table, I'd gander this was her first time playing the game... ever.

Even though Fallon won this game, Adams wins for being giggly and cute while she tries so hard to get her cup to land. And in turn, we all win as she spreads holiday cheer and remains one of the most charming actresses in Hollywood. Just one more day until she hosts Saturday Night Live again and hopefully dances circles around the cast (literally) like she did last time around.