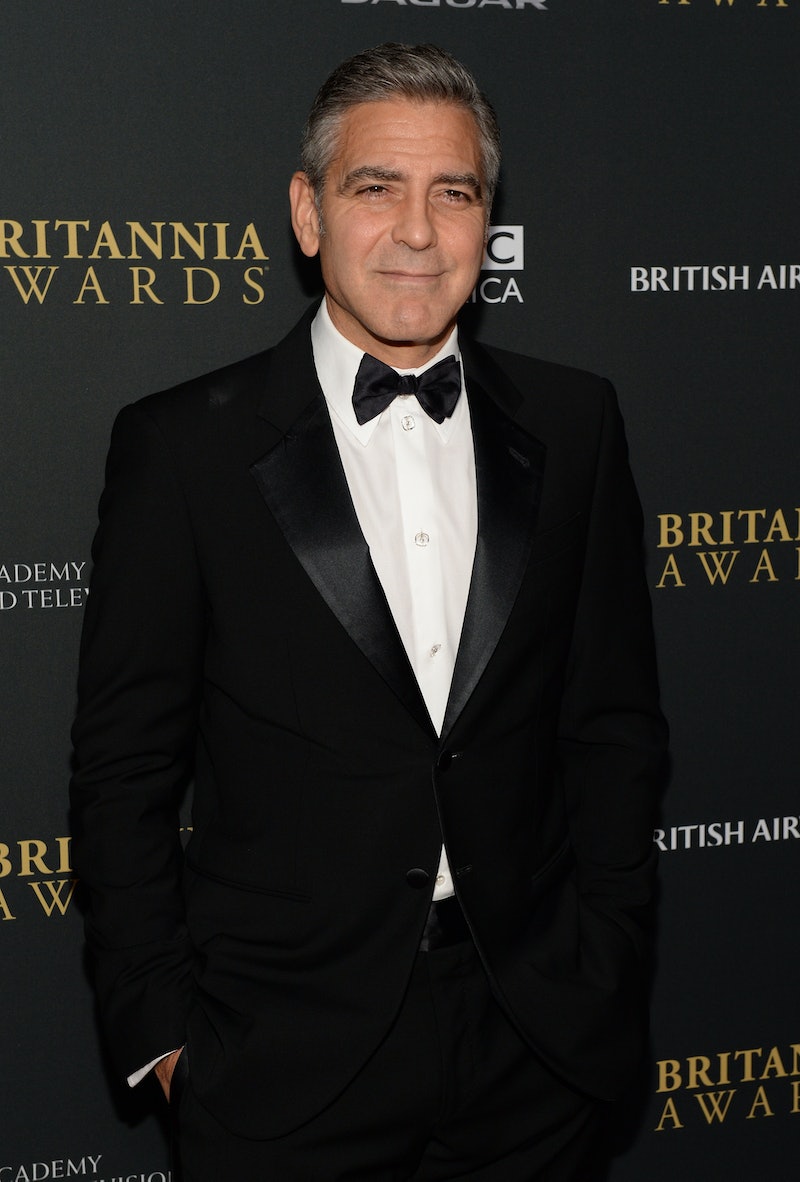 Step aside Kim Kardashian, because George Clooney and the Downton Abbey cast are now the masters of the selfie. Now, I'm not one to take a selfie (actually, I don't think I've ever taken one), but I'm totally on board with Clooney and the lords, ladies, maids, butlers, and everyone else at the London estate taking selfies. Seriously, this seems like some kind of Christmas miracle, right?

As you can see from the two selfies, one shows the cast staring at Mrs. Hughes' (Phyllis Logan) phone, while the cast stares at the camera taking a photo of the selfie. If you're a lover of Clooney (who isn't?) and Downton Abbey (all hail the Dowager Countess), then I have a feeling you'll love these pictures as much as I do.

Also, can we talk about how adorable this cast is? They all look so happy and that's something Downton fans aren't used to seeing from the show's characters. Oh, and I'm pretty sure Allen Leech aka Tom Branson wins for staring (somewhat creepily, might I add) at Clooney. Actually, I think he's just mesmerized by the Oscar winner. I know I would be too if I were standing beside the talented man while taking a selfie.

These selfies are being released as part of ITV's Text Santa fundraiser with 100 percent of donations benefitting several U.K. organizations, like Teenage Cancer Trust and Alzheimer's Society, among four others. The selfies aren't being sold for charity (that I know of), but Clooney and the cast are partaking in a skit as part of Text Santa's TV special raising money for charity. Overall, it's for a good cause, and I thank Clooney and the entire Downton cast for their charitable ways this holiday season.