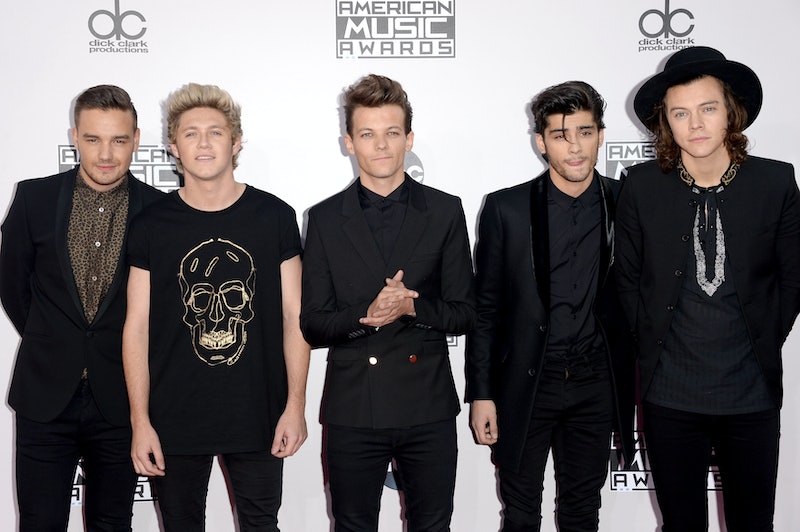 One Direction superfans are likely already counting down the seconds to the band's Saturday Night Live performance on Saturday night, but, luckily, the One Direction madness next week doesn't stop there: One Direction's holiday special for NBC is also set to air on Dec. 23, and we now have the first promo for the special event that I'm pretty sure is going to break television sets all around the country and send preteens (and One Direction-lovin' adults, of course!) into a frenzy.

Though only about 15 seconds in length, the promo gives us a hint of what to expect from One Direction: The TV Special: Footage from the band's various tours, behind-the-scenes videos, and gigantic musical performances that were filmed during a "intimate concert" for fans that took place at Universal Orlando resort. Oh, and also a few clips of the boys — Liam, Niall, Louis, Zayn, and Harry, that is — being gigantic lovable dorks, but that's nothing new.

Also, since this NBC special is actually going to be the band's first ever primetime US special, I'm sure there's even more surprises planned for fans that this promo doesn't even showcase — after all, it's only 15 seconds long.

You can check the promo below. One Direction: The TV Special will air on NBC on Dec. 23, at 8 PM.