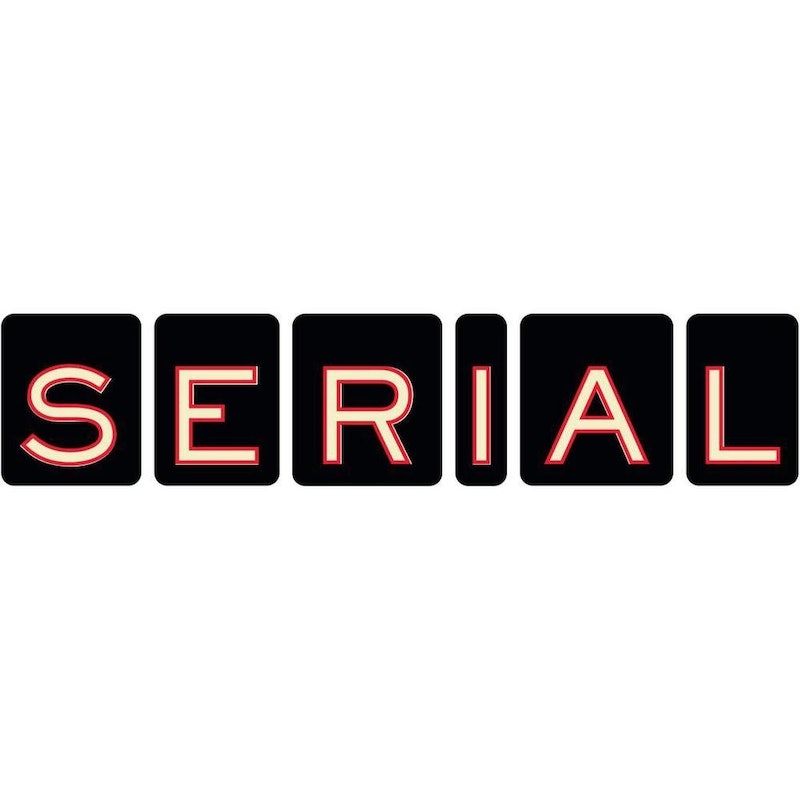 A text I received from one of my greatest friends at 9:43 p.m. Thursday night, who was just starting Serial, read: "Mai, I have listened to eight episodes today and I am determined to finish tonight." It was followed by a text Friday morning: "I had MailChimp dreams last night." I feel dat voracity, girl. Since Episode 1, Sarah Koenig has gripped audiences with her combination of the interesting, murky case of the 1999 murder of Hae Min Lee and her own familiar, conversational sleuthing. As the series went on, however, there became more of an awareness of the complex implications of what it meant to be an avid listener — are we benefiting from the very real tragedy that affected and changed so many lives?

Regardless, as a podcast and a piece of storytelling, Koenig, her producers, and her advisor and mentor Ira Glass do a great job with the medium. There are moments throughout the 12 episodes that are light and funny that remove us for a moment from the heavier, darker stuff. Many of these moments are nostalgic for a time when cellphones were still new and pagers were still relevant.

Here are nine of the best moments from Serial that really highlight what makes it a great story (and a few just for fun).

I would be a fool to omit one of the funniest moments from the podcast, which of course is the MailChimp sponsor ad, with the "mail... kimp?" hesitant pronunciation. So many mashups and remixes came of the one-second quote. This is what the Internet is for.

It's important to remember that Mr. S., the man who found Hae Min's body in Leakin Park and reported it to the police, was probably harrowed by his involvement in the case. His personality, though, is amazing — as we learned in Episode 3, Mr. S. was a career streaker. Once, he even exposed himself to a female police officer in uniform. She says of the incident: "[He was] shaking his body in up and down motions in front of my car." She picks up his clothes that she finds nearby, and later Mr. S. so boldly files his own police report saying "someone has taken his cellphone, money, keys and work clothes from his car." So bold.

There are several great moments throughout the podcast when Sarah Koenig not-so-discreetly suggests that she hit the blunt in her youth (and perhaps... in her adulthood). A big part of the case was the weed; a lot of the kids involved in the story were smoking and dealing, which is not unusual for high school kids. Adnan was, according to witnesses, acting weird when he was high and received the phone call from the officer asking about Hae's whereabouts, to which Koenig concedes "I've been that awkward high person in the room."

She also wonders WHY Jay and Adnan would go to Leakin Park to smoke, asking why they didn't just pull off to the side of the road and smoke in their car. Would you expect anything else from an NPR contributor?

Party at the Crab Crib

Episode 10. Dana, producer: "There's a shrimp sale at the crab crib." Sarah: "Sometimes I feel like Dana isn't listening to me."

Hae writes in her diary that this was "her song." A great choice, Hae Min Lee. A classic.

An interesting detail that crops up a few times throughout the podcast is that many of Hae's classmates thought it was plausible that Hae did not disappear, but in fact ran away to California. For some reason this endears me so much to Hae Min Lee; so much good was said of her spirit in the podcast. That she was bold, smart, kind and adventurous, and this small detail that she was independent enough that her close friends thought it was reasonable that she would just head west makes me love her.

Call Me, Beep Me If You Want to Reach Me

So many pagers! I just love the idea of high school kids getting in trouble for paging in class instead of texting in class.

An Unreasonable Amount of Work

There's a moment in the final episode where Sarah and Julie Snyder are reexamining the phone records and pings, and Julie just throws in the towel for a second and concedes: "There's an unreasonable amount of work we're putting into figuring this out." It takes us out of the story for a minute and it's a small but pointed reminder that Serial is a mix of storytelling and actual curiosity and a determination to come to a definitive conclusion. Very cool, as I am a nerd that appreciates a great narrative.

A great theme song composed by Nick Thorburn, a former member of The Unicorns and who currently plays in Islands. It reminded us that it was Thursday, we had a new Serial podcast to listen to, and plenty to talk about with our other dedicated friends. It's perfect.