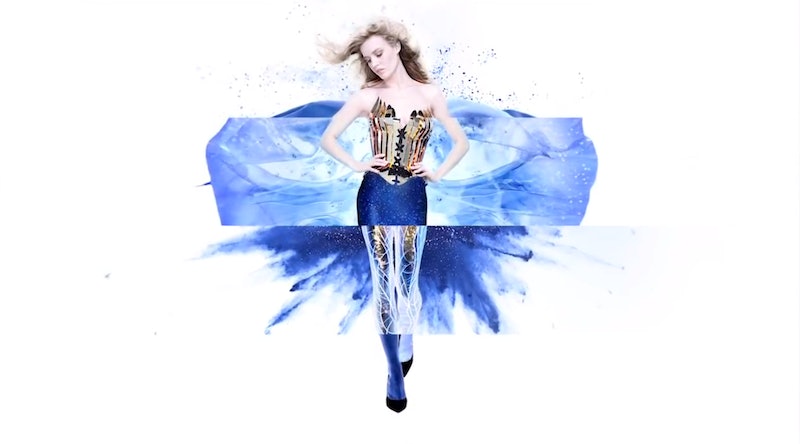 I don't know what Thierry Mugler Angel smells like, but I'm just going to go ahead and assume it smells as good as the Macy's ad for the eau de parfum looks and sounds. (That's a reasonable and logical assumption, right? Cool. Glad we're on the same page.) Ugh, I stinkin' (har har har) adore that ad. "Why do you like the commercial oh-so much?" you ask. Two reasons, my friend: 1) There are very few things on this planet that are better than a fierce model stomping it out (and yes, that is the very fierce Georgia May Jagger, daughter of Mick Jagger and Jerry Hall, stomping it out); 2) the music selection is A+. The song in the commercial for Thierry Mugler Angel is "What's a Girl to Do?" by Bat for Lashes. And I love Bat for Lashes. Any time I hear Natasha Khan's voice, my mood skyrockets ('tis the power of Bat for Lashes!). The Thierry Mugler Angel ad is no exception.

“What’s a Girl to Do?” was the first single off of the indie goddess's spectacular debut full-length album Fur and Gold. Here is the wonderfully weird music video for "What's a Girl to Do?":

More like this
Everything To Know About Taylor Swift’s 10th Studio Album, 'Midnights'
By Grace Wehniainen and Jake Viswanath
Kesha Is Down To Be The Next Bachelorette
By Jake Viswanath
Dan Levy Appears In The Latest Teaser For The Weeknd's HBO Series, 'The Idol'
By Jake Viswanath
At 28, Melanie C Was Falling In Love & Reclaiming Her Confidence
By Olivia-Anne Cleary
Get Even More From Bustle — Sign Up For The Newsletter