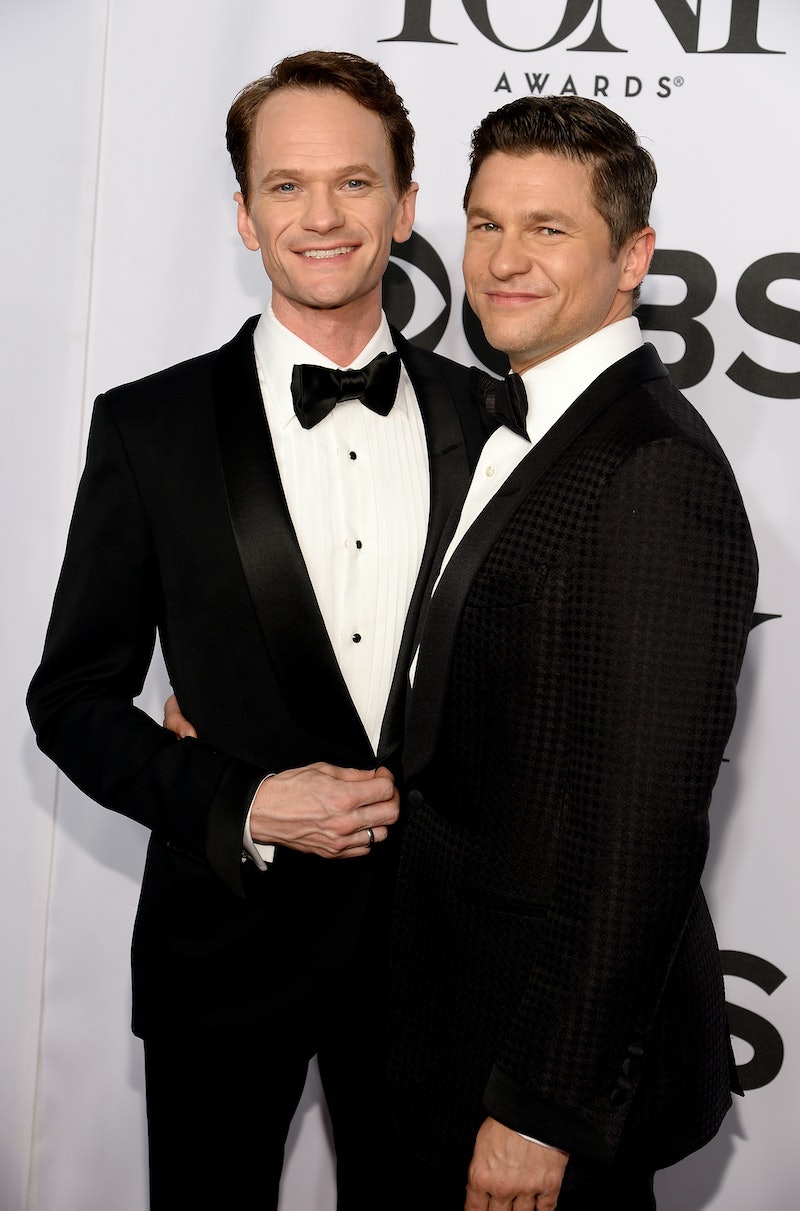 When word got out that married couple Neil Patrick Harris and David Burtka would be American Horror Story: Freak Show 's newest cast members, the questions immediately started piling up as to who their characters would be, when they'd be on, and if their characters would have entirely separate plot lines. On the most recent episode of American Horror Story , the NPH promo featured an incredibly terrifying madman character that might be more twisted than Dandy (and that's saying a lot). But where was Burtka? It turns out that the happy couple in real life might not be a couple at all in Freak Show.

NPH is slated to play a "chameleon salesman," who seems to be obsessed with magic and sawing people in half, fun fact, NPH is actually obsessed with one of those things IRL, and it's not the murderous one! In the promo, we see NPH, Chester on the show, take a liking to Bette and Dot, and seemingly take over the Freak Show all together. Dandy gets a moment in the promo where he calls Chester a sicko. Look, if Dandy — Mr. I kill people and bathe in their blood — is calling you a sicko, you know you've succeeded in being truly terrifying.

Harris is set to be in the eleventh and twelfth episode of the season, the two episodes after the short winter hiatus. Unfortunately, according to TV Line, Burtka is not set to be in the show until the season finale, which would be the thirteenth episode, so it seems that there is no overlap on their characters.

According to Time, Burtka will be on the finale portraying a character that has a "sexy storyline" with Jessica Lange's Elsa Mars. What that character or storyline might be? That's a good question, but if we look at the evidence we have from the "Orphans" episode with Pepper, we know Elsa does make it big as a TV star, so Burtka's character could be the mystery man she's been waiting for to take her to her new life.

It is possible that these two still know each other and are somehow connected in the world of Freak Show? Sure, they could both be teaming up to take down the show, but I think it would be more fun if they had no connection. Just because they are married in real life doesn't mean they have to be related on the show, right? Whatever the case is, we all know that their episodes will be legendary.