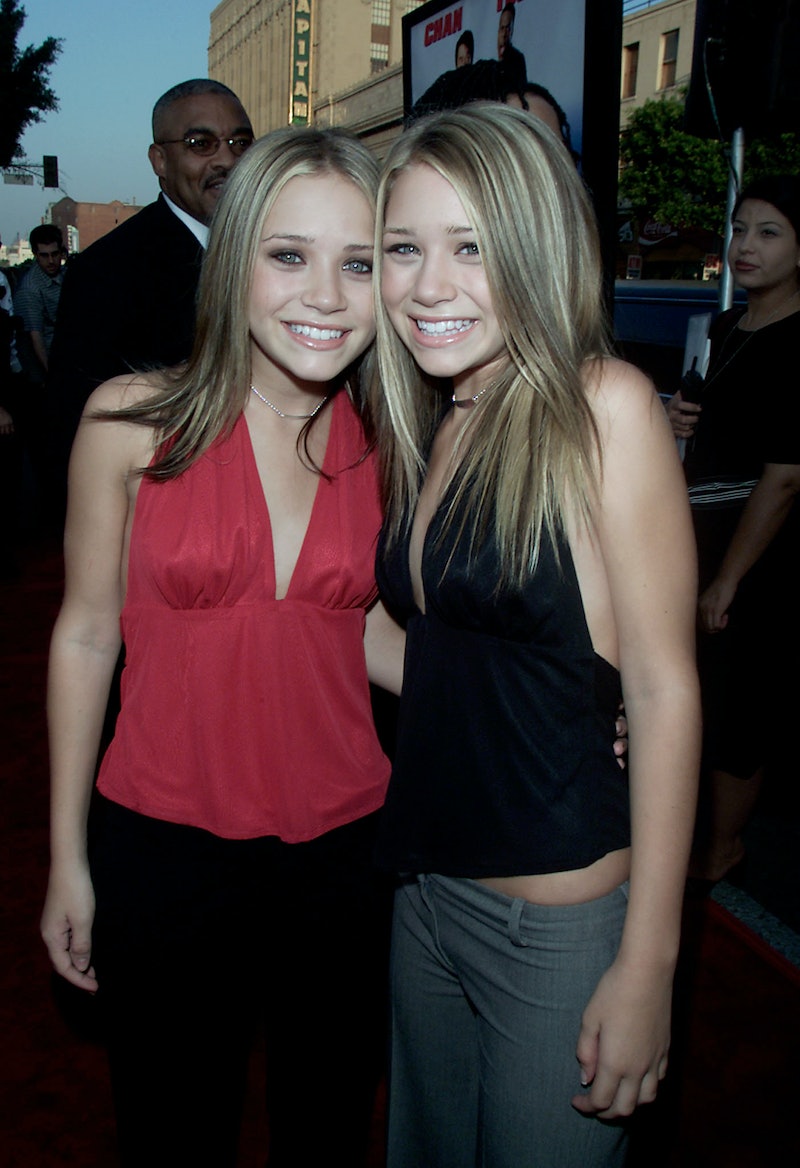 Here are a few of the objective truths I've learned as an adult: vinegar is the greatest household cleaning product ever, it's critical that you change out the air filters in your home on a regular basis, apple cider vinegar works wonders on skin, you really don't need to use that much conditioner, vinegar is awesome, and drafting a Christmas wish list isn't nearly as exciting as it was when you were younger. (Shoutout to my fellow adults who still write out Christmas lists!)

It's not that I wouldn't be stoked or grateful to receive the oversized American Apparel sweatshirt I included on this year's Christmas list (it looks so comfy!), but let's be real: Coming up with a list of clothes and practical household items isn't as fun as throwing together the toy list of your dreams. IT JUST ISN'T.

You know what I thought would be a blast? Flashing back to what I wanted back in the '00s and creating the ultimate early aughts Christmas wish list. And I thought right: IT WAS A BLAAAAST.

If you were a Christmas-celebrating tween in the early aughts, I'd be willing to wager you asked Santa for at least one of the following beautiful items:

...Years later, you will wonder why one leg is so much stronger than the other.

A box of Gelly Roll pens

Your note-writing game would be on point.

Who doesn't want a toy robot that's capable of picking up and dropping lightweight objects?

Ooo, but which color?

UGH A GIRL CAN DREAM.

Gotta practice those DDR moves at home before your next visit to Peter Piper Pizza.

I mean, it's only the greatest computer game ever.

The Confessions of Georgia Nicolson series

Actually, you were too embarrassed to write "sex god" and "snogging" on your Christmas list, so you decided you'd just borrow your friend's copies instead.

...Aaaaand every single thing worn by Riley and Chloe on So Little Time.

Anything from Limited Too

For the gal on the go.

This video is the gift that keeps on giving.

More like this
Harry Potter's Viktor Krum Has Undergone A Huge Transformation Since Hogwarts
By Sam Ramsden and Meguire Hennes
10 Stranger Things-Inspired Halloween Costumes For True Fans
By Emma Carey
6 'Game Of Thrones' Halloween Costumes That Aren't Overdone
By Nina Kahn
Nicola Coughlan Shared A Lady Whistledown Excerpt From ‘Bridgerton’ Season 3
By Grace Wehniainen, Alyssa Lapid and Sam Ramsden
Get Even More From Bustle — Sign Up For The Newsletter