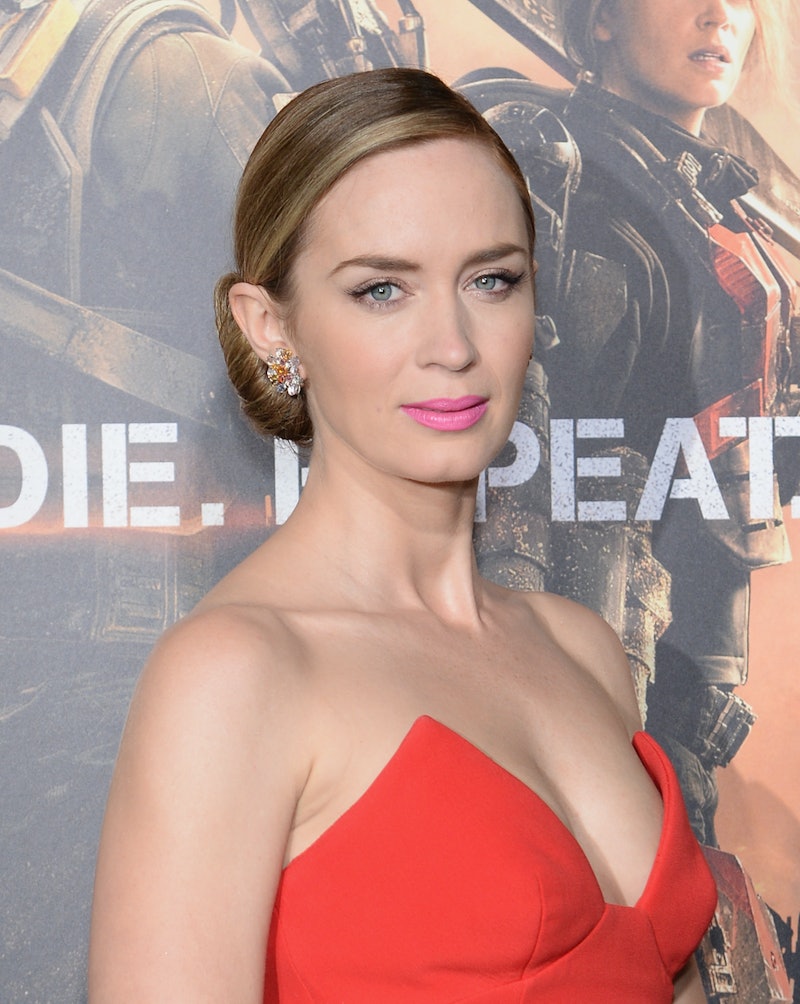 Emily Blunt plays by nobody's rule in Hollywood, both on and off-screen. The Golden Globe-nominated actress — who stars in the upcoming adaptation of the beloved Sondheim musical Into the Woods—appears in the latest issue of Porter magazine, in which she had a hot take regarding the art of raising children.

Blunt, who has a 10-month-old daughter named Hazel with her husband of four years John Krasinski, calls parenting "a fear-based industry." She elaborates: "There used to be one book that everyone read, now there’s How to Raise a Gluten-free Baby, How to Raise a Scientific Baby... It’s insanity! So I haven’t read anything, I’m just letting her do her own thing."

In Hollywood, the stance by Blunt (who told Vogue when she was pregnant with her first child that becoming a mother is "the coolest thing that's ever happened to me") could be a potentially controversial one. After all, this is an industry where specialized, albeit controversial, parenting books like the one she described are written by actresses like Alicia Silverstone and Jenny McCarthy. Then again, Blunt's down-to-Earth, no-nonsense stance may resonate more with non-famous mothers out there.

The latter isn't surprising considering Blunt has never really played by any of Hollywood's expectations nor standards. Just look at her resume this year alone. The actress went from an ass-kicking action star in Edge of Tomorrow to a whimsical songstress in Into the Woods. She's in one of Hollywood's cutest and most popular couples, but the high-profile pair makes sure to protect their privacy, especially when it comes to photos of their daughter.

Blunt marches to the beat of her own drum, as a parent, a wife, and a movie star, and that continues to make her one of the coolest actresses out there.

More like this
Everything You Need To Know About The 'Knives Out' Sequel
By Bustle Editors
9 Movies & TV Shows That Prove Stanley Tucci Elevates Everything He’s In
By Jake Viswanath and Radhika Menon
At 14, Jurnee Smollett Was Taking Meetings With Missy Elliot & Lauryn Hill
By Chloe Foussianes
Lindsay Lohan & Jonathan Bennett Celebrated Mean Girls Day Very Differently
By Jake Viswanath
Get Even More From Bustle — Sign Up For The Newsletter