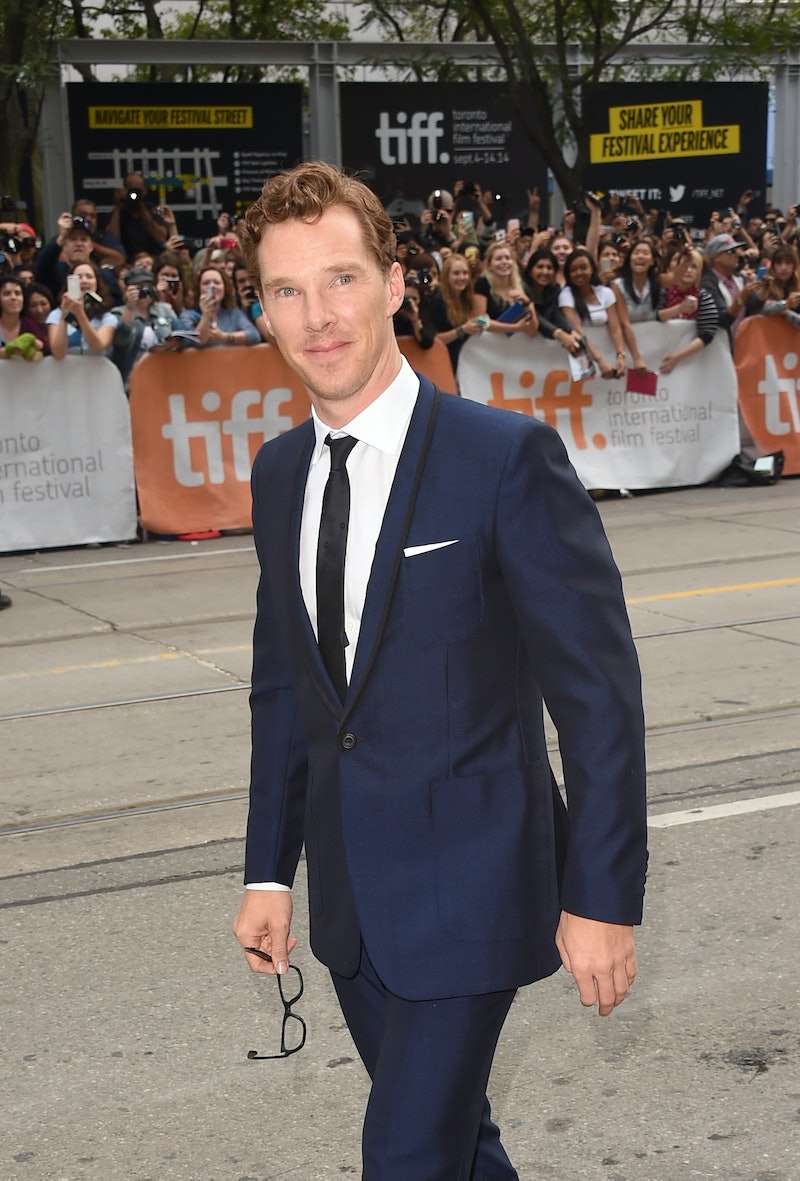 There are some celebrities who have really huge fan bases, and one of those stars is Benedict Cumberbatch who is beloved by his "Cumberbitches". It's no secret that when the Sherlock actor's name is uttered fans scream in delight. They can't help but love him, but does Cumberbatch feel the same way? Yes, he does. Not only does Cumberbatch want his fans to respect themselves, but he also appears to enjoy taking photos, signing autographs, and stopping whenever and wherever to say hi to those who wholeheartedly support him.

After scrolling through a lot of Cumberbatch pictures (I know, I have a tough job), there's no doubt that this man is willing to show support to those who adore him. Whether it's at a premiere, an awards show, on the street, or on set, Cumberbatch will stop to show his fans some love. Did you think it was even possible to admire this man more than you already do? Yeah, me either.

Now, let's take a look at some moments, 11 to be exact, of Cumberbatch's cutest fan interactions that show he's pretty much as adorable as we already knew he was. Yep, Cumberbatch is one perfect and gracious human being.

The Time He Made This Pose With Fans

The Time He Signed Autographs

The Time He "Played" a Wax Figure

The Time He Posed With a Penguin

The Time He High-Fived a Fan on the Sherlock Set

The Time He Took a Group Selfie

The Time He Smiled During a Selfie

The Time He Waved With His Crowd of Fans

The Time He Took a Serious Wax Selfie

The Time He Took a Group Shot With a Cute Smirk

The Time He Waved to a Fan's Phone

Who's ready for their close-up with Cumberbatch? I know I am.