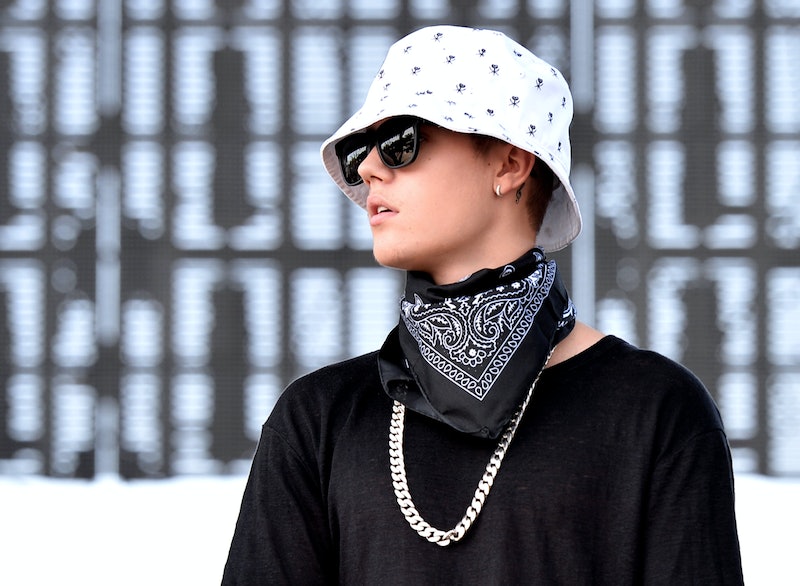 If you're an Instagram user, you might find yourself living in a whole new world as of Friday. A whole new and very bleak world. A wold that resembles the likes of YA dystopian fiction. Yes, that's right: many people found their number of Instagram followers drastically reduced after an event that has now become known as the Instagram Rapture or the #Instapurge. The website purged inactive or spam accounts from their server, and no one was hit harder by this action than the celebrities who lost anywhere between thousands to millions of followers in the purge. While it's still possible for those celebrities to get their Instagram followers back if they really, really try, we need to remember and acknowledge their pain by realizing exactly how many followers they lost. So, we made a graph.

According to an infographic by web developer Zach Allia, Justin Bieber lost the most followers of any other celebrity at a decline of 3,538,228. (However, he did not lose the most followers when compared to how many he has in total. That dubious honor went to Akon, who lost 56 percent of his followers in the Rapture.) Our graph ranks the celebrities in terms of who lost the most number of followers, not who lost the highest percentage of their followers. Despite that, it might still blow your mind to realize that the likes of Bieber, Akon, Tyga, Ariana Grande, Kim Kardashian, Rihanna, Selena Gomez, and P. Diddy all lost millions of followers. Millions, you guys. (If that doesn't blow your mind, then it's worth it to remember that Manhattan has 1.6 million people living in it, and any New Yorker can tell you it's one of the most congested cities in the world.)

Compared to the celebrities that lost the most followers, the bottom of the top 25 — Demi Lovato, Nicki Minaj, and Austin Mahone — didn't lose anywhere near enough to get much sympathy from me, but my heart does go out to everyone, famous or otherwise, overall. While you guys start brainstorming ways to lure followers back in that won't be eliminated in the next purge, I'm going to return to being really glad I don't have an Instagram account. My heart wouldn't be able to handle the pain of losing followers, okay?

Check out our graph below.