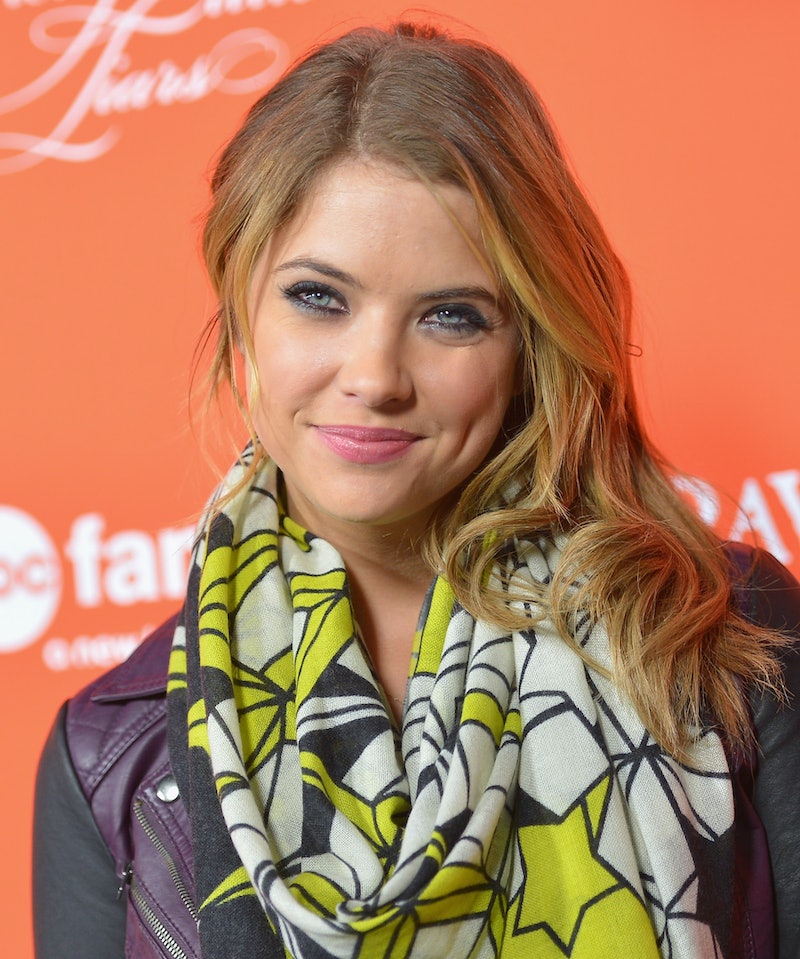 Another actress is back on the market! For those who've been waiting to date this Pretty Little Liars star, you're in luck, because she is reportedly single. According to Us Weekly, Ashley Benson and Ryan Good have called it quits after dating on and off for the past three years. Apparently, a source told the entertainment outlet the two are no longer together adding, "They had issues so they put the breaks on it. Their relationship always had it's fights."

Known for playing Hanna Marin on ABC Family's hit series PLL, Benson has quickly become an adored actress. Not only is she beloved for Hanna's witty one-liners, but Benson is also recognized for playing Tyler Blackburn's (aka Caleb Rivers) love interest on the show. So... seeing as they play one convincing couple onscreen, will they ever become a real-life couple? Well, now that Benson is single that could happen, right? Seriously, we PLL fans know how adorable Haleb is. For those who didn't know, Benson and Blackburn are even more adorable in real life. I'm all for them becoming a couple.

First of all, have you seen their Instagram photos? The other day Benson celebrated her birthday and Blackburn shared the sweetest photo. If this doesn't scream "potential couple," I don't know what does.

This first image was shared by Blackburn with the following caption, "Been loving this girl for five years. You have brought me so much laughter. You've literally had a huge hand in changing my life. I am so grateful for you. Happy Birthday babe!" Um... adorable!

This second photo is from Benson, where she calls Blackburn "baby loveeeee".

See? They make one beautiful and adorable couple, right? Now, this doesn't mean they are actually dating. As far as I know, they're just good friends, which is super cute as well. I love that Hanna and Caleb are BFFs off screen too. However, I wouldn't mind them being a couple. Who's with me?!