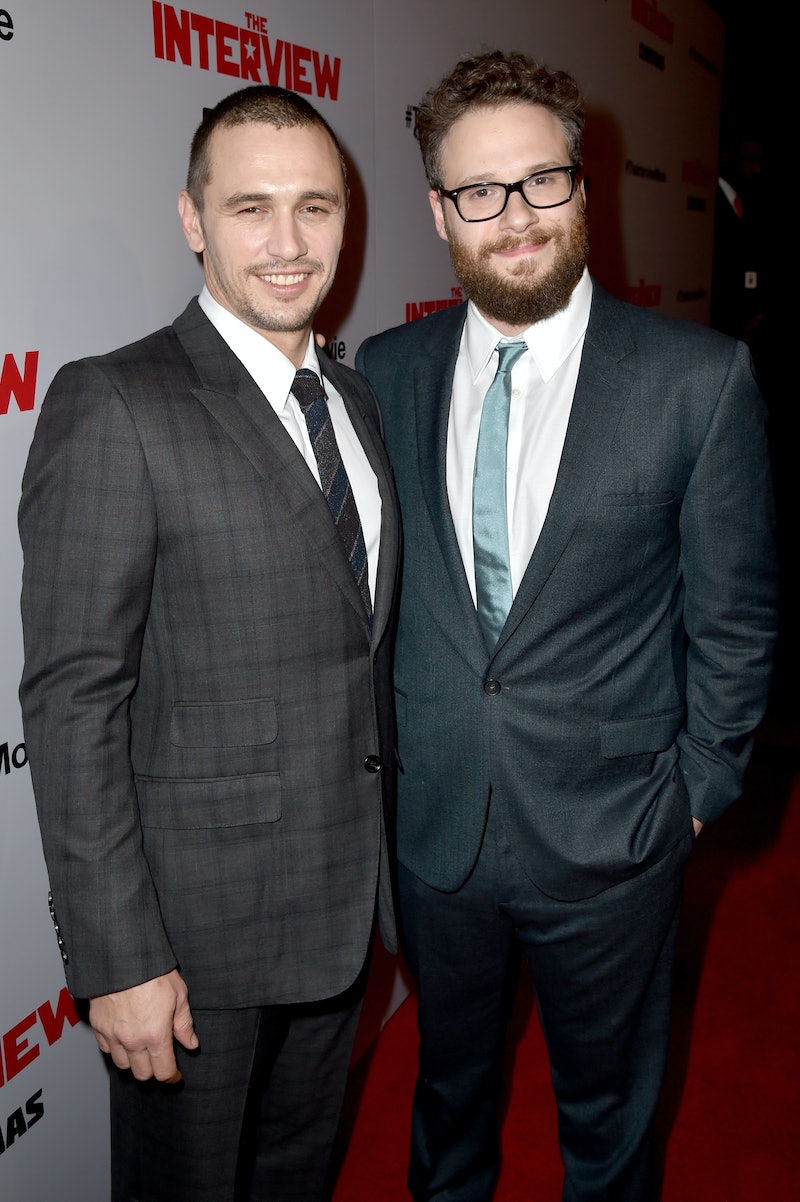 While Hollywood is still reeling from the news that the FBI has confirmed North Korea was behind the major Sony hacking last month as well as the news that Sony pulled The Interview from a Christmas day release after theaters received threats of September 11-like terrorism from hackers, one of the biggest questions being asked is whether or not The Interview will ever be released. Considering the film's premiere was yanked because of terrorist demands, there's a lot of debate over whether or not it was even the right move to pull the film in the first place — with everyone from George Clooney to President Barack Obama weighing in. However, while Sony has said that they currently have no plans to release the film, Sony CEO Michael Lynton said in a statement today that Sony still wants the public to see The Interview somehow.

According to The Daily Beast, Lynton appeared on CNN to discuss his side of the major story, and stated that Sony had "no alternative" to pulling the film after theater chains — including AMC and Regal — refused to screen the film in light of the terrorist threats against it. However, he added that Sony has "not caved, we have not given in, we have persevered, we will not back down...[Sony] would still like the public to see [The Interview]. Absolutely."

As for how that could possibly happen, Lynton didn't say — but he did tell CNN anchor Fareed Zakaria that an online streaming arrangement may be tough because "not one" video-on-demand distributor has approached them about the project. Lynton's full comments, from The Verge :

There are a number of options open to us, and we have considered those and are considering those. As it stands right now, while there have been a number of suggestions... there has not been one major VOD distributor [or] one major e-commerce site that has stepped forward and said they're willing to distribute this movie for us... Again we don't have that direct interface with the American public.

In other words, the future of The Interview is basically unknown as of now — and it's not clear if this movie will ever see the light of day.