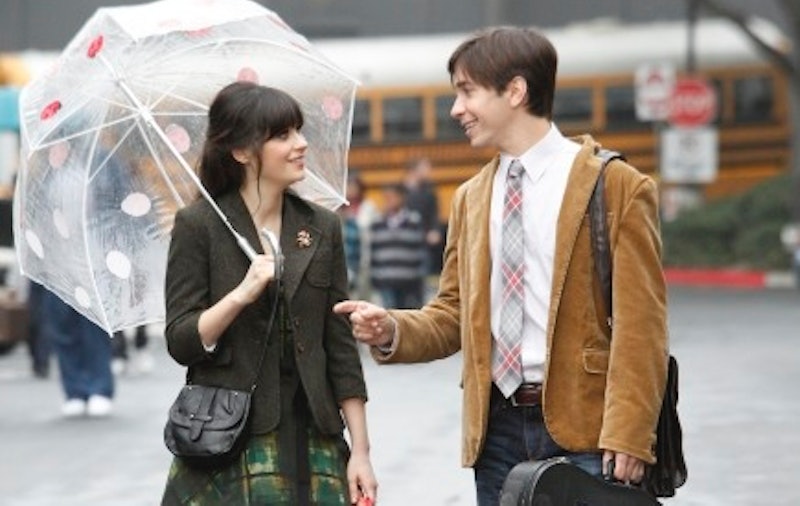 I will carry a torch for Nick & Jess on New Girl for the rest of my life, but as far as second place goes, Justin Long as Jess's ex-boyfriend, Paul Genzlinger, also has my heart. Jess and Paul together just made sense — they were equally as quirky, dorky, and lame all in the best ways, and nobody quite understood Jess the way Paul did. But regardless of how perfect they were for each other, the relationship just didn't work out, and we haven't seen Paul for a long time on the show. But don't worry, because all of that is about to come to an end. Paul is coming back to New Girl this spring, and I have a feeling it's going to shake things up in a major way.

Why? There's just one small problem: Jess seems to be happily dating her hot British co-worker, Ryan, and they're adorable together. Not dorky adorable like Jess was with Paul, but adorable in a way that shows they're in a real life adult relationship. And after Jess has had so many ups and downs in her romantic life since ending her relationship with Nick, I think she deserves a happy ending.

But breaking up Jess and Ryan isn't the only reason Paul might be returning. In fact, I have a few theories of my own.

The last time Jess and Paul saw each other, she gave him the courage to propose to his girlfriend (the Asian version of Jess, if you remember correctly). You know, even though he had just cheated with Jess 24 hours earlier. Paul is kind of clueless when it comes to the way relationships work, and Jess steered him in the right direction last time he needed help. Maybe he's stressing out again?

The gang is invited to Paul's wedding

Because after engagements come weddings, and spring would be the perfect time for a wedding. Despite the whole cheating thing, I feel like Jess would get an invite to come celebrate anyway, especially since she's been so supportive of Paul's relationship with "Asian Me," Jenn. This is the scenario I'm hoping for most, because Paul's wedding would be awesome.

He gets a job at Jess's school

Paul's a teacher too, remember? Maybe he's looking for a new job and Jess hires him (or not). He could act as a solid test of Jess's relationship with Ryan if he's present at work with them... and the source of a lot of comic relief.

Because who could deny those kinds of skills?

But regardless of the reason he's back, you know he'll cry

More like this
'The White Lotus' Season 2 Trailer Teases Multiple Affairs & Another Dead Body
By Bustle Editors
Kidnapping Victim Jan Broberg Is Prepared For A Friend Of The Family Criticism
By Brad Witter
Who’s The Richest 'Grey’s Anatomy' Star? See The Net Worth Of Each Cast Member
By Hugh McIntyre
Dan Levy Appears In The Latest Teaser For The Weeknd's HBO Series, 'The Idol'
By Jake Viswanath
Get Even More From Bustle — Sign Up For The Newsletter