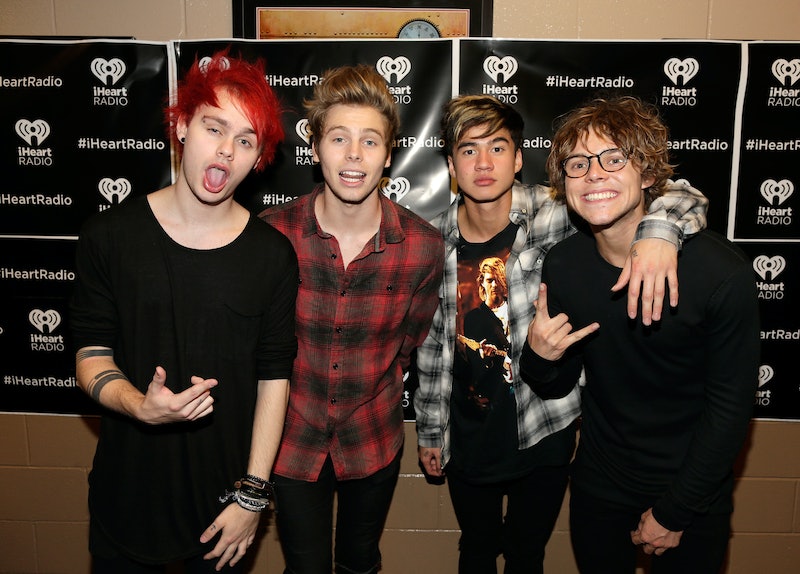 Boy band One Direction and band-band 5 Seconds of Summer are gunning for the same award, and no, I am not referring to the Cutest Cutie Patooties Who Have Secured a Spot in Kristie’s Heart Award. (OK, OK, that is not an actual award. BUT IT SHOULD BE. Actually, no. It shouldn't be. Because I would go crazy trying to pick a winner.) NME nominated One Direction and 5SOS for the Worst Band of 2014 Award. (You are right to assume that I, a fan of both 1D and 5SOS, disagree with these nominations.) The Where We Are tour mates share the category with bands Bastille, Blink-182, The 1975, and U2.

Wednesday, Michael Clifford, 5SOS's passport-losing guitarist, tweeted about the nomination. His response was about as drab as the hue of his hair (read: not drab at all). Not only is he stoked that the band received the nom, but he wants people to vote for 5SOS:

HOLY SHIT WE GOT NOMINATED FOR WORST BAND AT THE NME AWARDS pls pls pls vote. I'm not even being sarcastic it would be so incredible to win

You heard the young man, NME voters. Do right by Michael Clifford. He shouted it from the tweetops, dangit: He wants that Worst Band of 2014 crown.