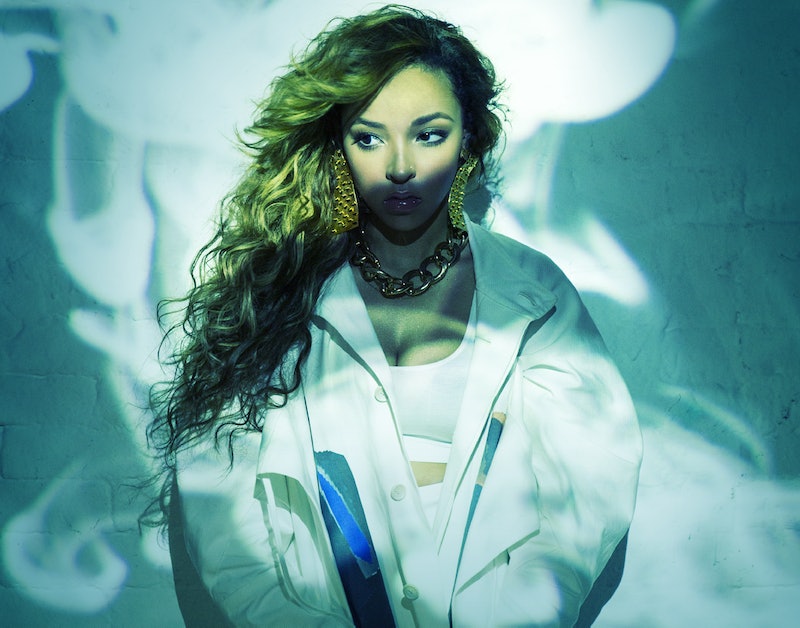 In 2014, popular music was dominated by newcomers: Sam Smith wowed us with "Stay With Me," Iggy Azalea charmed us with "Fancy," and Meghan Trainor surprised us with "All About That Bass," topping the U.S. charts for a staggering eight weeks as a relatively unknown new artist (and causing many established pop acts to shake in their boots). Ah, yes, 2014 was a great year for music, but I have to tell you: 2015 looks even better. Making it big in the music industry today is no easy task, but there are a handful of up-and-coming musicians who definitely seem like they have what it takes.

What does it take, you ask? Well, for starters: drive, ambition, and a fresh, unique perspective. Oh, and it doesn’t hurt if you can sing (and/or rap) your butt off, too. As December draws to a close, radio stations tend to focus on boring end-of-the-year countdowns, but after New Year’s Day, they'll be playing loads of new songs — songs that you haven’t already heard a million times before! It’s an exciting time for all music lovers, to be sure.

Here are nine super-talented new artists who you need to keep an eye on in 2015:

Ryn Weaver is going to be a huge deal in 2015. Just take a listen to the 22-year-old San Diego native's debut single, "OctaHate," and you'll immediately understand why. What a talent! Her voice is absolutely mesmerizing. Additionally, Weaver is being supported by an impressive team that includes Benny Blanco — the pop super-producer behind mega-hits like Katy Perry's "Teenage Dream," Rihanna's "Diamonds," and Maroon 5's "Maps" (just to name a few). According to Billboard, "OctaHate" is "likely to receive a concerted radio push" in the new year, so you should be hearing it on the airwaves soon. Weaver's debut EP, Promises , is available on iTunes now, while Billboard reports that her first full-length album is expected to arrive sometime during the first quarter of next year.

After a shocking sixth-place finish on X Factor UK in 2012, Ella Henderson quickly signed a deal with music mogul Simon Cowell's record label, Syco. The now 18-year-old singer's astonishing debut single, "Ghost," which she co-wrote with OneRepublic front man Ryan Tedder, has already topped the charts in the United Kingdom, and is just now starting to pick up steam stateside. With her first album, Chapter One , slated for a U.S. release on Jan. 13, I'm expecting Henderson to make a big impact in 2015.

In a September interview with The Telegraph, London-based singer Kwabs cited both Aretha Franklin and Ella Fitzgerald as musical influences — and believe me, it shows. The 24-year-old's rich, powerful baritone is capable of shaking the walls (which can be thrilling), but he also knows when to exercise restraint. "Walk" is a perfect introduction to Kwab's sound — a unique blend of jazz, soul, and pop. He's already released two fantastic EPs, Wrong or Right and Walk , and his first full-length album is due out at some point in early 2015. Look out for this guy.

Fleur East is the real deal — and her recent show-stopping performance of Mark Ronson's "Uptown Funk" as a contestant on Season 11 of X Factor UK proves it! East ended up finishing in second place, but a talent like hers simply cannot be ignored. I'm excited to find out what's next for the 27-year-old vocal powerhouse! Stay tuned.

In my opinion, Eden xo's debut single, "Too Cool to Dance," is one of the best songs released in 2014. It's just makes you want to bust a move — regardless of where you are or who's watching! I had the pleasure of speaking with the 25-year-old Los Angeles–based singer in November, and she told me that she's currently hard at work on her debut album with producer and songwriter Jesse Shatkin (Sia's "Chandelier"). Just recently, she announced on Twitter that she'll have a new EP out in March. I think 2015 could be Eden's year.

Bebe Rexha is everywhere lately! At this point, her 2015 takeover is almost inevitable. The 25-year-old Brooklyn-born singer rose to prominence after co-writing Eminem and Rihanna's No. 1 single, "The Monster," in 2013. Since then, she's gone on to write for other famous acts like David Guetta, Nicki Minaj, and Pitbull — but she's focusing on her own music career, too. Rexha's stunning (and catchy) debut single, "I Can't Stop Drinking About You," dropped in March. It's a brilliant showcase of both her unique voice and her talent for penning searing, emotional lyrics. Her second single, "I'm Gonna Show You Crazy," is scheduled to premiere on Dec. 23. You need to get familiar with Rexha ASAP.

Tinashe made a splash at the beginning of 2014 with the release of "2 On" — a slinky club banger produced by one of hip hop's most in-demand beat makers, DJ Mustard. The 21-year-old singer, whose star power is off the charts, collaborated with other major names like Dev Hynes, Blood Diamonds, Detail, Mike WiLL Made It, and Stargate on her critically acclaimed debut album, Aquarius. With the increased exposure she'll get from touring with rapper Iggy Azalea in 2015, Tinashe's future looks incredibly bright.

25-year-old Atlanta-based rapper ILoveMakonnen turned heads in August when Drake remixed his song, "Tuesday." The formerly unsigned artist is now a part of Drake's OVO Sound label, which will hopefully give him the support and connections he needs in order to reach a wider audience in 2015.

British singer-songwriter James Bay just won the Brits Critics' Choice award for 2015 — a prize that's given to promising new artists each year. Considering that past winners of this award include Adele, Sam Smith, and Jessie J, I think it's safe to say that Bay will be receiving a lot of attention in the coming months! His song, "Hold Back the River," is quite nice. Stylistically, he reminds me a bit of Hozier — one of 2014's breakout stars. Make sure that Bay's on your radar.

More like this
Dan Levy Appears In The Latest Teaser For The Weeknd's HBO Series, 'The Idol'
By Jake Viswanath
Kesha Is Down To Be The Next Bachelorette
By Jake Viswanath
Everything To Know About Taylor Swift’s 10th Studio Album, 'Midnights'
By Grace Wehniainen and Jake Viswanath
Beyoncé’s Special Tribute To Sister Solange Was Both Touching & Hilarious
By Stephanie Topacio Long
Get Even More From Bustle — Sign Up For The Newsletter