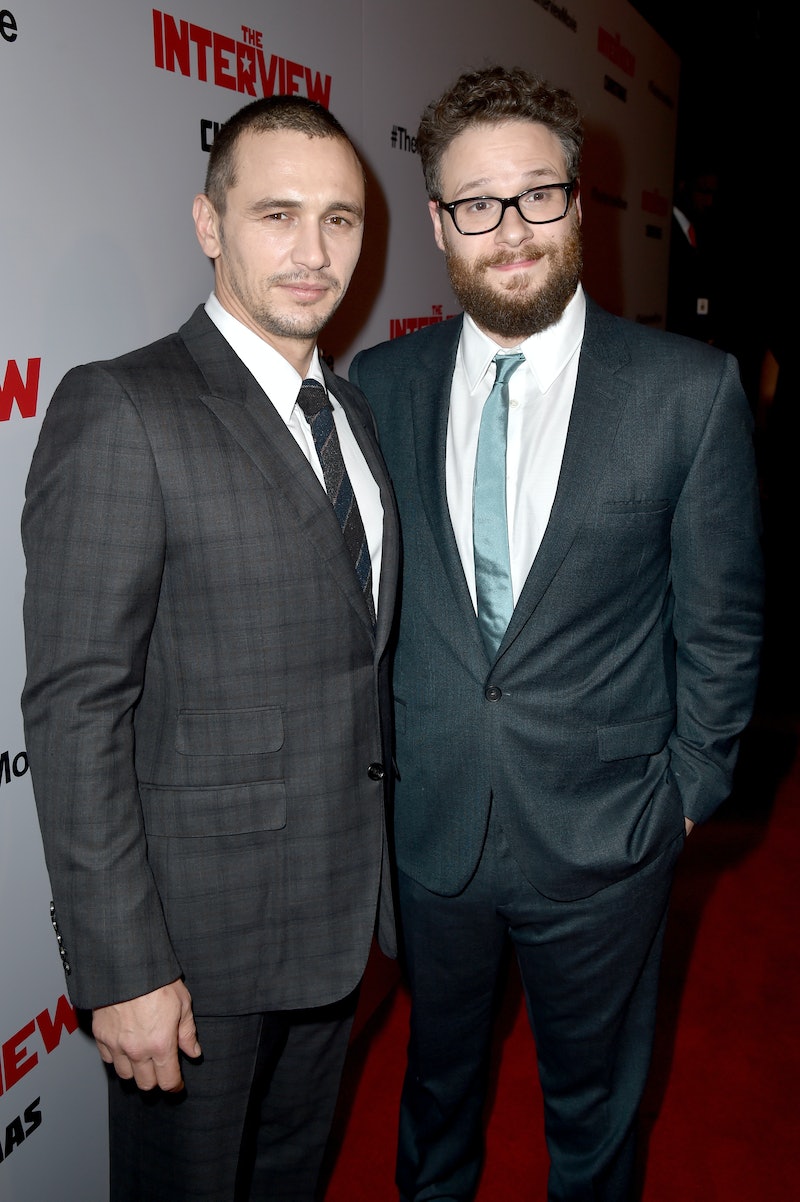 Well, this sounds like the worst idea ever. Entertainment Weekly reports that Hustler founder and chairman Larry Flynt plans to release an adult film parody of The Interview. This announcement came on Friday, only two days after Sony Pictures' decision to pull the film in the wake of terrorist threats made by North Korean hackers who expressed their objection to the movie by leaking emails, celebrity aliases, salaries, social security numbers and issuing warnings of a 9/11-like attack ahead of the film's originally scheduled Christmas Day release.

Meanwhile, Flynt gave a statement to explain the motive behind the film. His stance is blatantly unapologetic, and, in a weird way, echoes the sentiments of President Obama, Judd Apatow, Piers Morgan, Jimmy Kimmel, Rob Lowe and the many other advocates of The Interview being released: "If Kim Jong-un and his henchmen were upset before, wait till they see the movie we’re going to make," Flynt said in a statement to EW. “I’ve spent a lifetime fighting for the First Amendment, and no foreign dictator is going to take away my right to free speech."

Honestly, the most frightening thing about Flynt's explanation for his film is that it appears to be an attempt to bait the people who are allegedly responsible for the hacking and the subsequent threats that sparked the movie cancellation in the first place. A recent statement made by Sony which blames movie theaters for the cancellation of The Interview and purports to find alternatives to releasing the movie shows just how intricate and delicate this situation is — it remains to be seen, now, whether or not Flynt's questionable plans just might make things more complicated.