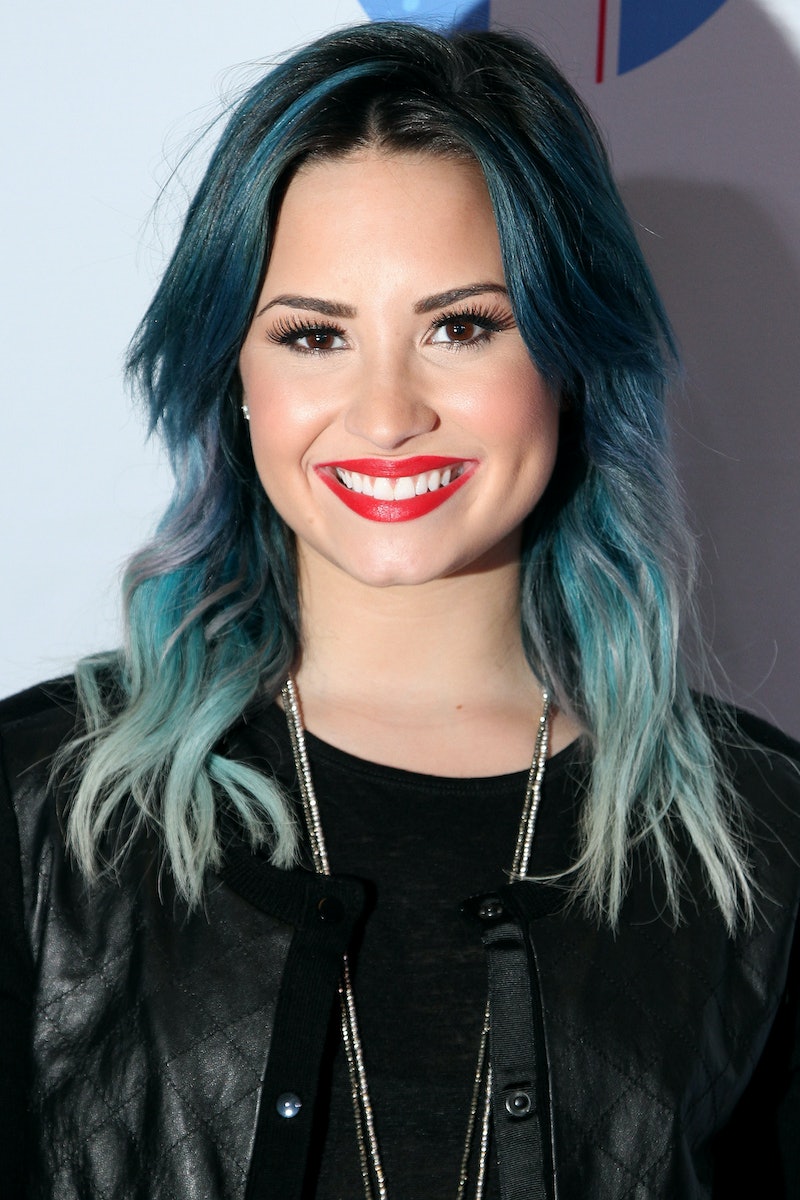 Unfortunately, even today with all these great, inspirational people backing body positivity, social media bullying is still a thing. Even worse, they can get pretty nasty: Even celebrities are victims of it, as this situation with a fan insulting Demi Lovato's weight on Twitter indicates. However, gotta say: Lovato's epic response to her hater really makes up for it, because it was totally the BEST.

The horrible tweet, which reads, “shut up fatty don’t choke on ur mcdonalds!” from someone under the name “Demi’s nutritionist,” was published on Dec. 19 in response to one of Lovato’s tweets. So of course, the 22-year-old celeb, who has experienced body image issues in the past and knows what it’s like to be bullied, answered with a perfect tweet of her own that was on point.

“But… Big Macs…..,” Lovato responded, using the “praising hand” emoji. Epic. First of all, Big Macs are the best, and second, Lovato knew exactly how to shut down the hater while also being the bigger person.

After all, after her stint in rehab for an eating disorder, and her struggle with body image being somewhat of a sensitive subject, the celeb could’ve replied quite differently to the harassment since it hit so close to home. Instead, she basically just showed us all the mature way to handle people trying to get us down, and other celebrities should learn from her actions.

As someone who believes you shouldn’t air your feelings and baggage out on any social media platform, I’m pretty proud of Lovato. Some celebrities don’t exactly have a great reputation when it comes to proper social media etiquette, so I’m glad Lovato is becoming a role model for that.

Anyway, in honor of Lovato's tweet — and since we should never fat shame or skinny shame our peers (another important lesson from this Twitter war) — here are some of Lovato’s greatest body positive quotes to make your day a little bit better:

More like this
What Demi Lovato Really Thinks About Child Stardom, Depression, & Sobriety
By Radhika Menon
Demi Lovato Might Stop Touring Forever Due To Being "So F*cking Sick"
By Jake Viswanath
Dixie D’Amelio & Noah Beck “Love Each Other” Despite Breakup Rumors
By Julia Emmanuele, Jordyn Tilchen and Grace Wehniainen
Victoria Beckham Loves Teasing David About His “Sticky” New Hobby
By Sam Ramsden
Get Even More From Bustle — Sign Up For The Newsletter