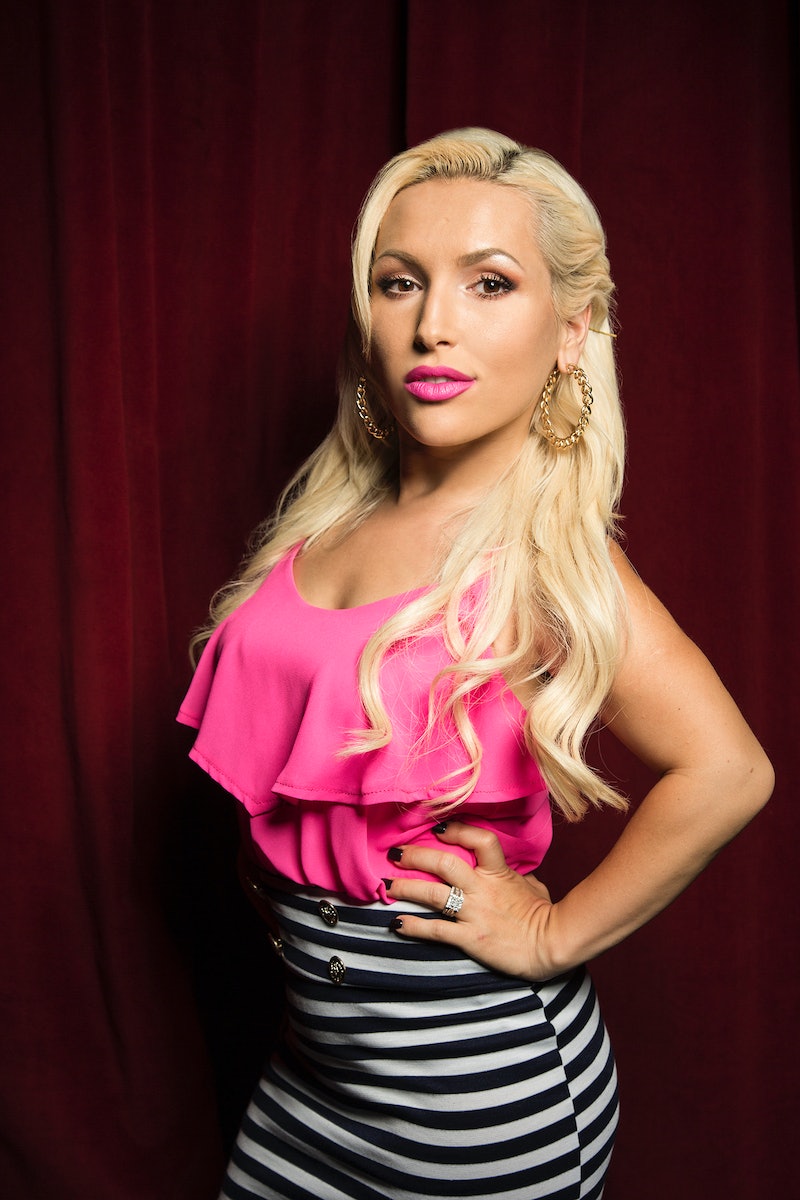 The upcoming season of Lifetime's Little Women: LA is going to start off with a bang. Somebody's pregnant, and the show is not cluing us in at all about who may be the lucky lady expecting during Season 2. All that leaves for us to do is speculate. So does that mean Elena Gant could be the pregnant one?

She's certainly one of the more likely candidates to have a bun in the oven out of the Little Women: LA cast. There was a lot of baby talk between Elena and her husband Preston during Season 1. Elena visited a doctor to find out what kind of dwarfism she has and discuss the possibility of getting pregnant at all. The couple found out that there is a 50 percent chance that their baby could also be born with dwarfism, which was news they broke to Preston's family. But Elena's in-laws were more than cool with it and supportive of the couple.

The break in between filming Season 1 and Season 2, which premieres on Lifetime on Thursday, Jan. 1, 2015, seems like it would be some prime baby-making time for Elena and Preston. Although Elena has made no formal announcement one way or the other regarding a pregnancy (none of the cast members have, for that matter), it actually seems unlikely that she will be the one to reveal her pregnancy in the upcoming season.

For one thing, the mysterious silhouette of the pregnant cast member in the Season 2 promo just doesn't look like her body type. There's also a shot of her pretending to get an injection in the promo, and she very clearly doesn't have a baby bump. It doesn't look like Elena is pregnant in any of the photos of her on social media either.

Even though Elena probably isn't pregnant, she has still kept busy since filming on Season 1 ended. Here's what Elena has been up to.

There was so much drama surrounding the planning of fellow cast member Traci's wedding last season that it almost seemed like it wasn't going to happen. However, all of that, I'm sure, was hyped-up drama didn't actually stop Traci from marrying her fiancé Erik in August, and Elena was there for the big day.

She's Been Hanging Out With Terra Jole

Season 1 of Little Women: LA really played up the rivalry between Elena and her co-star Terra. They're both gorgeous, blond, and have performed as "Mini Britney Spears," so naturally the show had to pit these women against each other. However, it looks like Elena and Terra have been spending time together like actual friends lately. Could these frenemies just be, dare I say it, friends? I guess we'll just have to wait for the Season 2 premiere to find out.

When we first met Elena on Little Women: LA, she was a celebrity impersonator in the Las Vegas variety show Beacher's Madhouse, which actually got her involved in some controversy. However, in Season 2, Elena is considering switching things up career-wise. It's unclear what that could be, but from the looks of her Instagram profile, Elena seems to be obsessed with hair and makeup, so perhaps she wants to make the leap into the beauty industry.

She Became a Godparent

Elena might not become a parent right now, but according to this Instagram post, she and her husband were asked to be godparents of this little lady. That's got to feel pretty good.

Around that time when everyone, from celebrities to your grandparents, participated in the ALS Ice Bucket Challenge, the cast of Little Women: LA obviously had to get in on the cause, too. In the video, Elena challenged Miley Cyrus to try the challenge next before freaking out over the frigid liquid mix so much that she ran off camera.

She Helped Promote Her Husband's Film

The show biz bug obviously runs in the family. Elena's husband Preston stars in the comedic vampire flick Bloodsucka Jones, which Elena gave a shout-out to on Twitter. Elena wasn't in the movie, but YouTube star Rosanna Pansino is, so it's worth it to watch just for that bit of randomness.

With everything Elena has going on, how does she even have time to be a part of another season of Little Women: LA? Pssshhh, there's always time for more publicity.