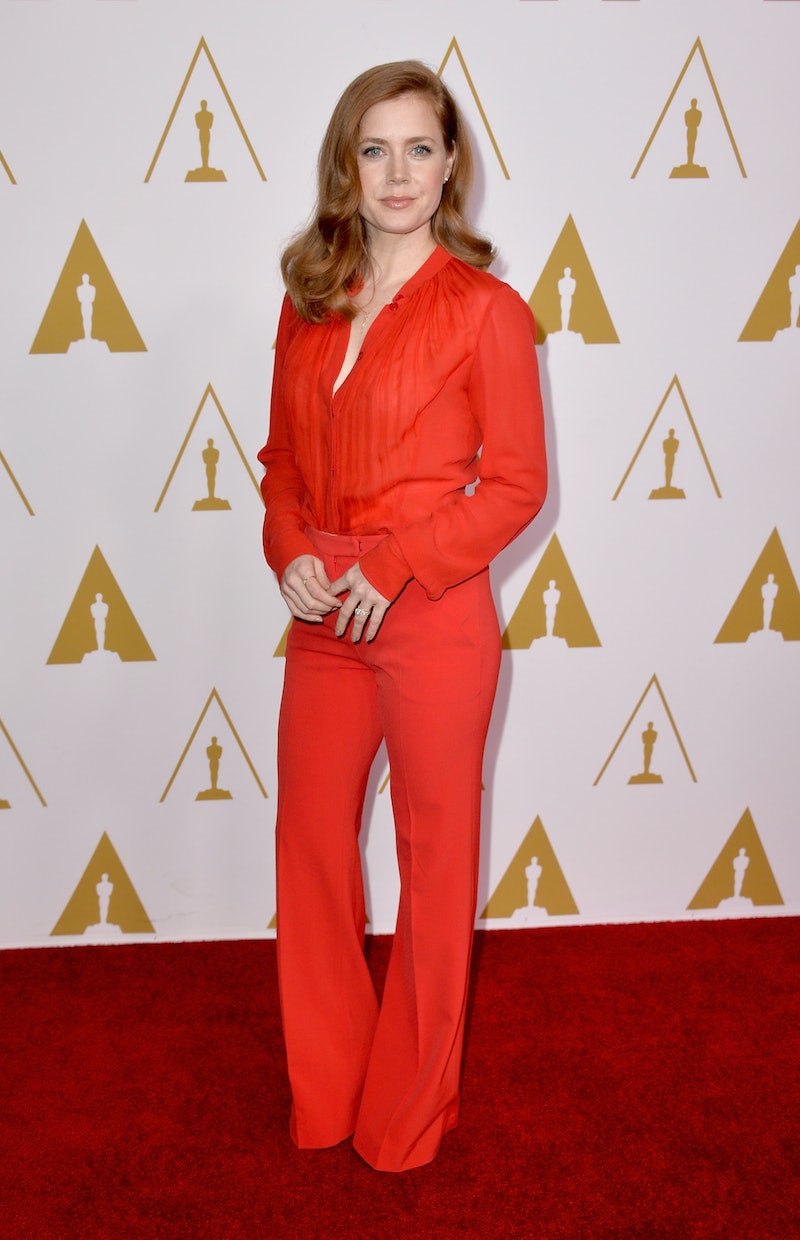 It's the end of the season for television, which means Saturday Night Live is going all out with Amy Adams as host. In the past few years, the holiday episode was always jam-packed with SNL alums returning to the show, and the first two sketches of the night were no exception. During Amy Adams' monologue, she was ambushed with SNL favorite Kristen Wiig, and this wasn't even the first time Wiig hijacked one of Adams' monologues.

Adams started out with wanting to bring a little holiday cheer to the world by singing a carol, which is when some of the cast members joined in, wearing perfectly festive sweaters for the occasion. But all of that wasn't good enough for Wiig, who shows up being carried by a group of hot, shirtless men dressed as reindeer, who will now be known as her "Christmas hunks."

Adams mentions to Wiig that this isn't the first time she has crashed her monologue. The first time was in 2008, when Adams was hosting and Wiig was a full-time cast member. This time around, though, Wiig is there to help add some energy to Adams' monologue. You know, some more "pow."

Of course, to add that "pow" Wiig decided to do the slowest splits known to mankind, where she got stuck half way down. She broke character momentarily — because getting stuck in the splits is NOT fun, try it — but regained her composure to complete the monologue with Adams, the cast, and the Christmas hunks.

Although it was only moments into the live show, Wiig was one of three SNL alum to show up on the episode. The first cameo was Mike Meyers, who played his Austin Powers character Dr. Evil during the cold open, addressing the Sony, North Korea issue. The third cameo was Fred Armisen, who joined Wiig for their famous Garth and Kat sketch during Weekend Update, along with appearing as Raúl Castro during a Cuba sketch. Wiig appeared on Saturday Night Live from 2005 to 2012, Meyers appeared on the show from 1989 to 1995, and Armisen appeared on SNL from 2002 to 2013.

More like this
10 Stranger Things-Inspired Halloween Costumes For True Fans
By Emma Carey
Shonda Rhimes' Net Worth Makes Her One Of The Wealthiest People In TV History
By Hugh McIntyre
Who’s The Richest 'Grey’s Anatomy' Star? See The Net Worth Of Each Cast Member
By Hugh McIntyre
At 14, Jurnee Smollett Was Taking Meetings With Missy Elliot & Lauryn Hill
By Chloe Foussianes
Get Even More From Bustle — Sign Up For The Newsletter