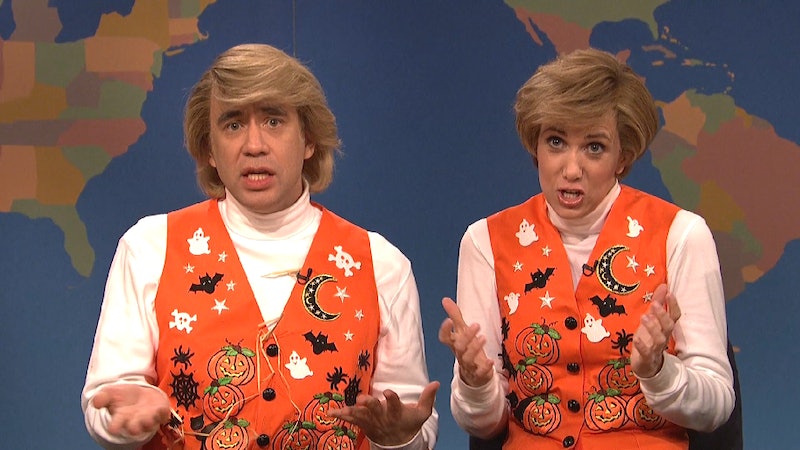 It's the holidays, and while you're listening to the same old holiday music that you listen to every year, Saturday Night Live 's Garth and Kat are back and promoting their new Hanukkah album. During Weekend Update, Michael Che invited out the show's favorite duo to talk about their upcoming album, and also sing a few songs to get the fans excited. Kristen Wiig and Fred Armisen, who originated the roles during their time on SNL, were surprise guests for the evening, but they were very welcome and should come back more. Like all the time. Permanently

The two, who wore the perfect holiday vests, sang a few songs from their album, and they were just as terrible as you wanted them to be. Wiig and Armisen are known for completely improvising their Kat and Garth sketches, which while I am sure that is terrifying for them, is completely hilarious for audiences to watch and enjoy.

This time around, the two sang songs that involved a lot of snaps — because this is a festive season dammit, and you will snap — and were often cut off by Weekend Update co-anchor Michael Che, who would ask them if their songs were actually songs they had written and not improvised on the spot (does he know how this works? Just kidding). While I wish it were Seth Meyers asking them that, beggars can't be choosers, and I'll have to be happy with Garth and Kat just being there. Plus, Che did a pretty great job keeping a straight face during all of their performances.

Again, can we start a petition to get more Garth and Kat, all the time, every day even works for me. A constant stream of their singing sent directly to my phone — or ears, even better — is just fine. Whatever is convenient for them. 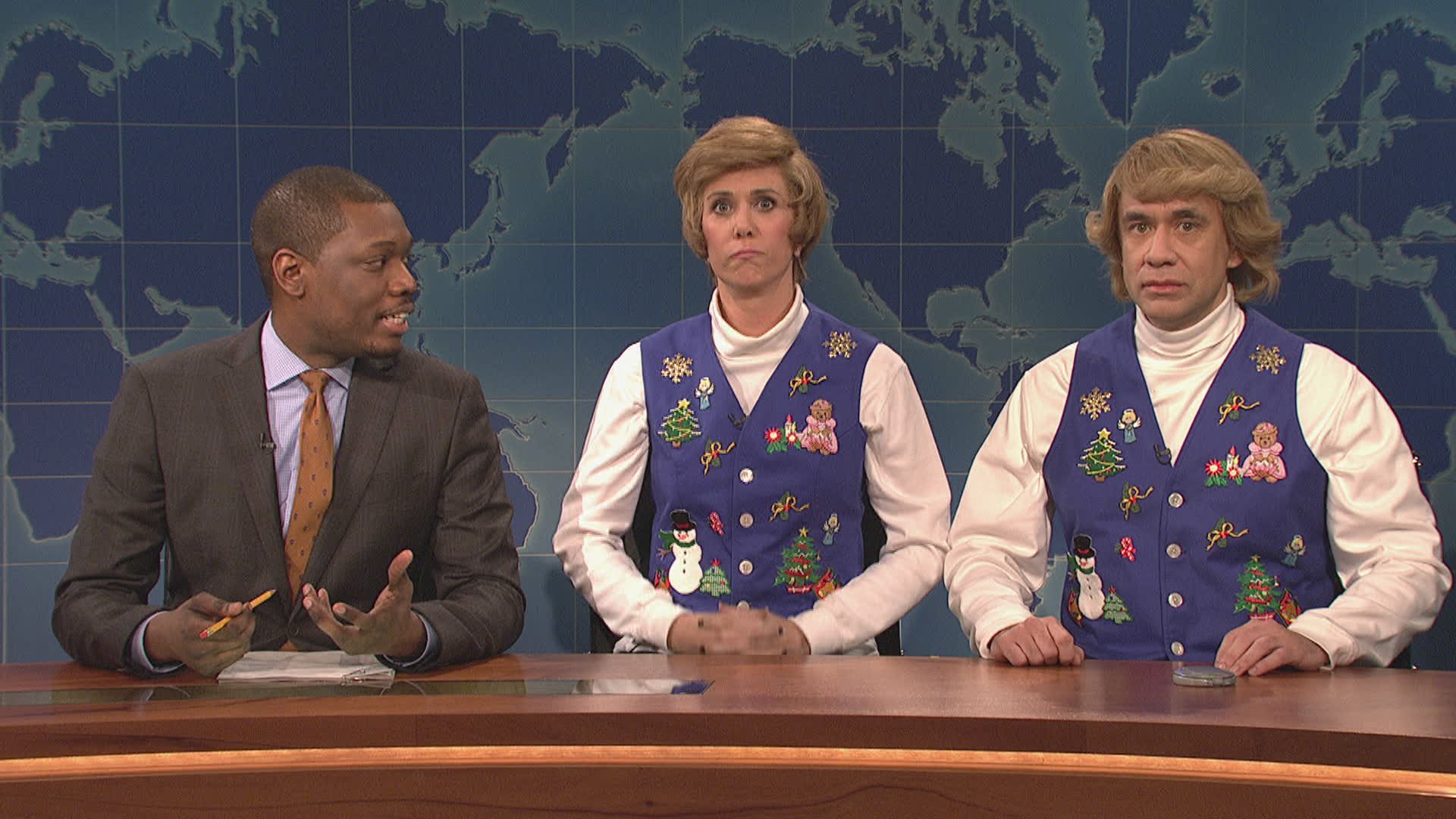 More like this
‘SNL’ Finally Spoofed Nicole Kidman’s Weirdly Beloved AMC Ad & Nailed It
By Stephanie Topacio Long
Looks Like She Made It
By Lindsay Zoladz, Beau Grealy and Tiffany Reid
The Spice Girls Just Dropped A Brand New Music Video
By Sam Ramsden
Everything To Know About Taylor Swift’s 10th Studio Album, 'Midnights'
By Grace Wehniainen and Jake Viswanath
Get Even More From Bustle — Sign Up For The Newsletter