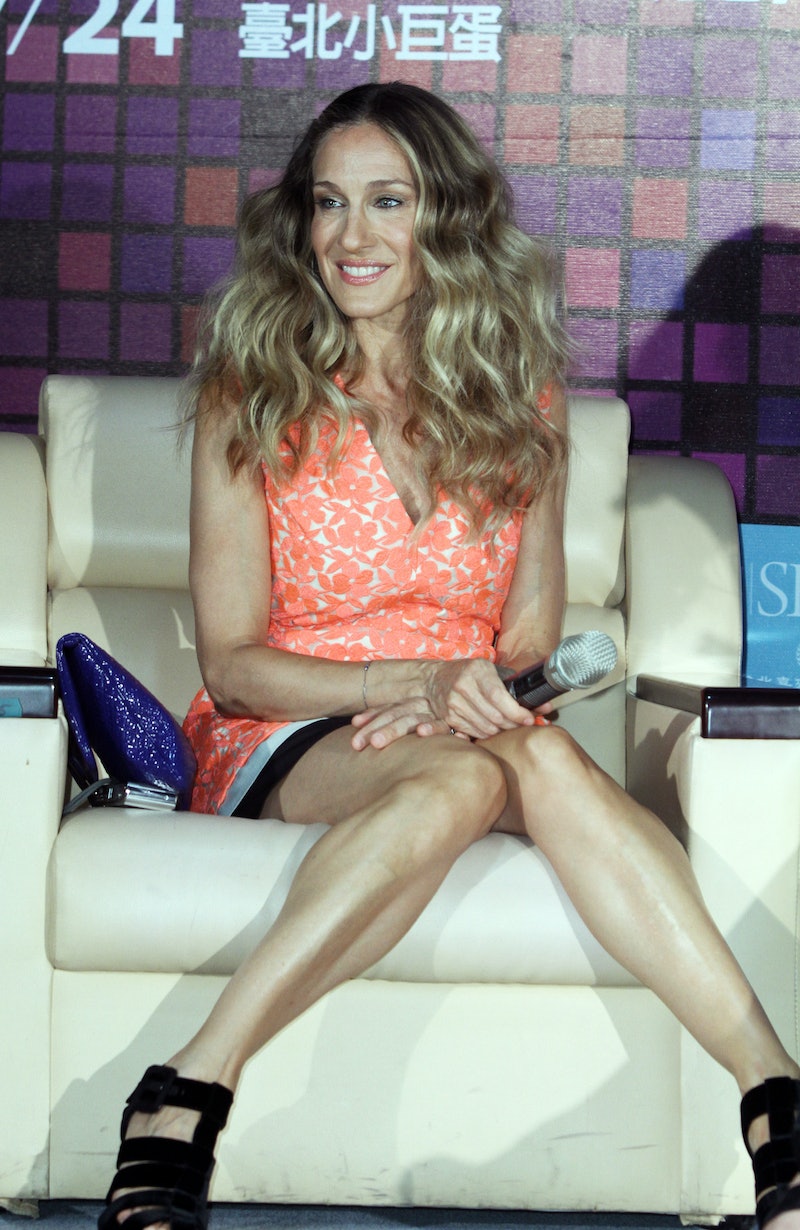 Sarah Jessica Parker hasn't ever managed to replicate the success of Sex And The City, though as one of the most successful shows of all time, that's a tall order. While she's starred in a lot of movies since then, few have really been successful, SATC films included. I can't help but wonder; is SJP best on the small screen? Parker was excellent in her brief appearance on Glee, and maybe now is the time for her to make her television comeback. Apparently, HBO is in talks about a new show called Divorce that is set to star and be executive produced by Parker.

The half-hour comedy would center around a middle aged woman (played by Parker) going through a lengthy divorce with her husband, prompted in part by the guidance of her group of single girlfriends. Because presumably Parker can't have it any other way, it will be set in New York City. Sound plausible? As Vanity Fair brilliantly puts it, "It’s pretty much exactly what you expect would happen to Carrie and Big after a few years of marital bliss."

In addition to Parker, the show would be executive produced by other HBO veterans, who've have worked on such excellent shows as Girls, Bored To Death, and Flight Of The Concords. Sharon Horgan, a British actor and writer best known for the BBC show Pulling, would write the script and serve as show runner.

I hope that HBO picks up the show; after the recent Sarah Silverman news, Parker would be the second major female comedian to have a show picked up for the new pilot season. Despite its SATC similarities, Divorce sounds like fresh territory. While it seems that a lot of films have dealt with women and divorce, television has fewer depictions of female divorces, though this show does seem unfortunately similar to Bravo's new scripted show Girlfriend's Guide To Divorce. And while SJP herself seems happily married, I feel that her SATC experience would be good for the role. As long as it's not a Sex and the City reboot, I'm looking forward to another SJP and HBO collaboration.