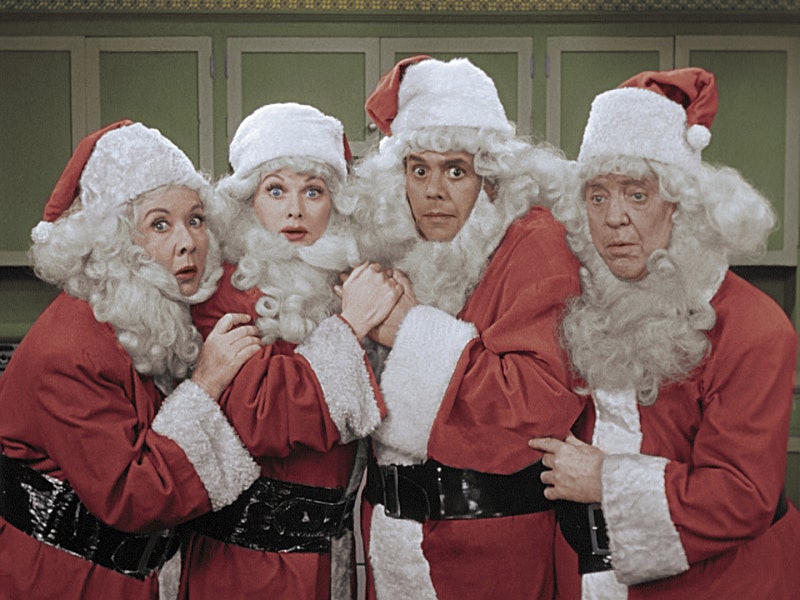 The holidays are all about tradition. For me, that tradition includes the insanely talented, hilarious, and timeless Lucille Ball. I can't celebrate the festive season without the I Love Lucy Christmas Special which first aired in 1956. Thankfully, CBS (the original network of the I Love Lucy show) is again airing the "I Love Lucy Christmas Show," so those of us who love Lucille Ball, Desi Arnaz, Vivian Vance, and William Frawley can get into the holiday spirit with the New York foursome known for producing laughs and even tears, whether that be from laughing so hard or thanks to the more tender moments, like when Lucy told Ricky she's enceinte, aka pregnant.

For those who've never watched the Christmas show, I highly recommend it, because it's one of those rare episodes barely shown on network television. Not only does it show Lucy, Ricky, Ethel, and Fred decorating the tree and making sure Little Ricky has that perfect Christmas, but we also get to see clips from past episodes. Oh, and it even incorporates that holiday magic we all know and love. It originally aired on Dec. 24, 1956. CBS already it aired it once this year, but, luckily, another showing is on Wednesday, Dec. 24 at 8 p.m. ET. That's exactly 58 years later!

Unlike in the 1950s, today the episode is broadcast in color, and, admittedly, I have to say I prefer the black and white version. There's just something about watching classic TV in black and white. Don't you think?

Nevertheless, it is still extra special, especially since it's an hour-long and includes a colorized version of the beloved "Job Switching" episode. It never gets old watching Lucy and Ethel stuffing chocolate down their blouses and into their mouths.

With that said, if you are or aren't a Lucy fan, you owe it yourself to sit down and watch the Christmas special. It's a chance to fall in love with Ball, Arnaz, Vance, and Frawley all over again, and, of course, get into the holiday spirit. If you ask me, nothing says "Merry Christmas" better than everyone's favorite redhead.