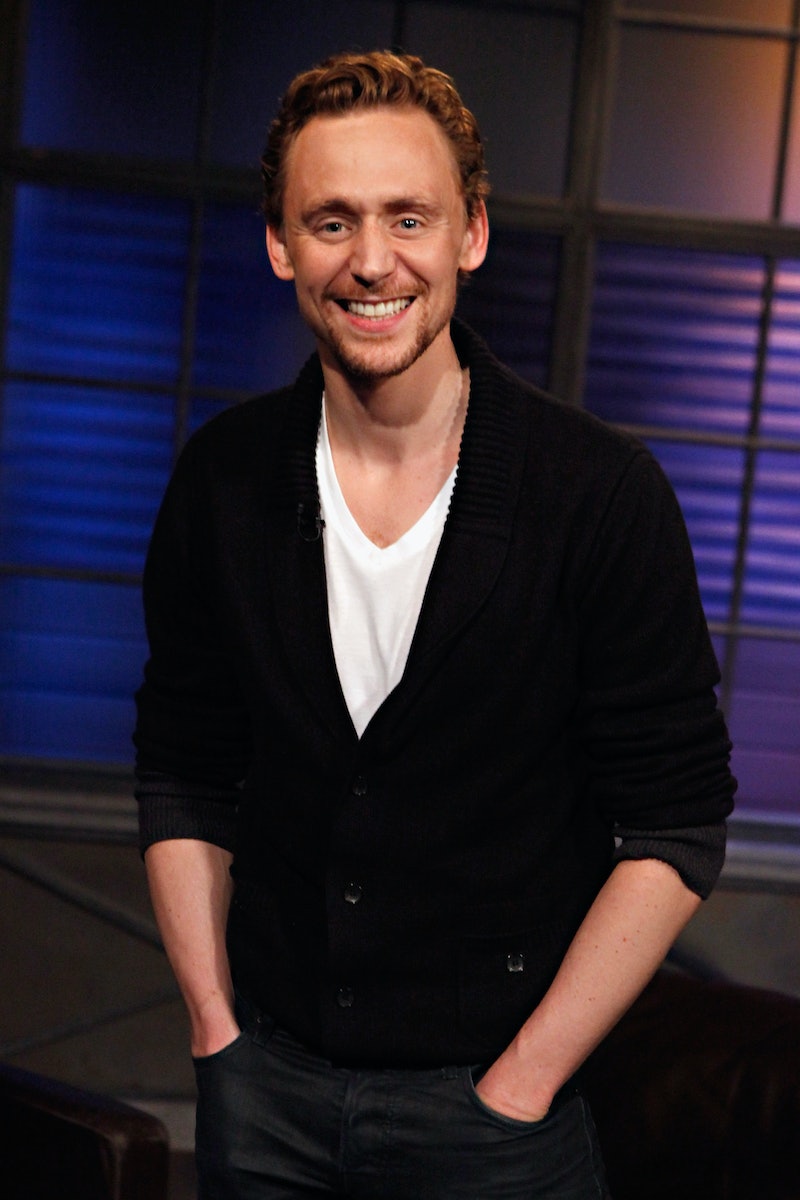 There's no doubt that Tom Hiddleston looks great in a suit and bow tie. He pulls off classy in a way some male celebrities have yet to master. But what's special about Tom Hiddleston is that, like Kate Middleton, he looks great even if he's just wearing a sweatshirt. Recently Tom Hiddleston was spotted at LAX airport in a hoodie and he looked just as flawless as he does dressed to the nines for a red carpet event.

It seems like Hiddles was really getting into the spirit of his I Saw the Light character Hank Williams as he also traveled with his guitar and sported cowboy boots, which, for the record, he totally pulled off. Low-key Loki is a rarity as Hiddleston usually accompanies even T-shirts with blazers to class things up. But there's something just as charming about a casually dressed Hiddles, especially since fans don't get to see it as often.

So in honor of his decision to travel in comfort for once (good for him, because airports are stressful enough even when you're not decked out in a suit and tie), here are 13 times Hiddleston dressed down and still looked amazing doing it.

I have to start with his most recent look. Who knew a hoodie could look so hot?

Cause of death: rolled-up baggy sleeves.

His slumber party with MTV's Josh Horowitz was amazing for many reasons, his outfit being one of them.

Trading his shiny red carpet shoes for sneakers shouldn't be this sexy, and yet it is.

It doesn't make much sense to cook in a suit, so Hiddles opted for a sweater.

This is what I would call a statement coat because wow.

Baseball cap and all.

He needs to wear jeans much more often.

Sword fighting practice meant Hiddleston got to wear a T-shirt to rehearsal.

Jeans and a sweatshirt is Hiddles' go-to packing attire. Oh...and a head flashlight of course.

All this just goes to show that Hiddleston looks great in suits, sweats, and everything in between. He truly never takes a bad photo.