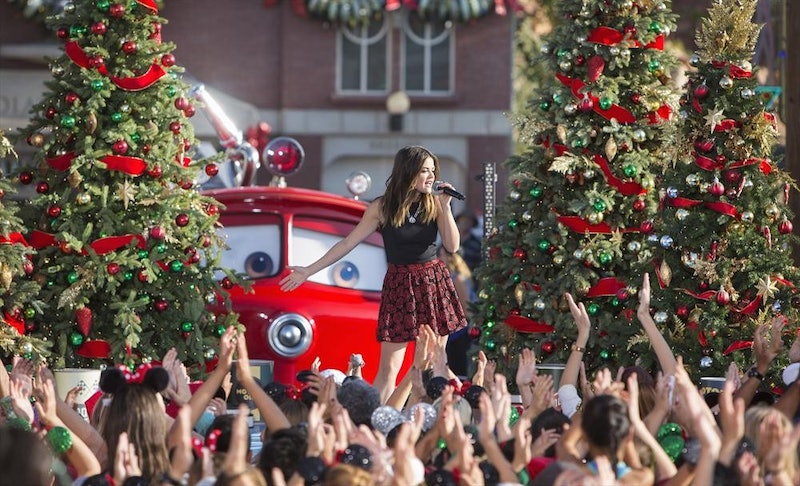 Christmas Day is all about spending time with loved ones, eating lots of good food and cookies, staying in your pajamas until noon (or all day for some), and opening those presents from Santa Claus. As for the morning, we all have our own traditions, including some settling down after the high that is opening gifts by watching Disney's Christmas parade. This year, the 31st annual parade at the happiest place on Earth is inspired by the hit Frozen and called Disney Parks Frozen Christmas Celebration.

As always, several special guests and performers will be present, including Ariana Grande, Train, Trisha Yearwood, Prince Royce, Gavin DeGraw, and Lucy Hale. ABC Family's cast of Baby Daddy will also be in attendance, among many other familiar faces.

If that isn't exciting enough, viewers can expect to see all kinds of Disney characters, like Elsa, Anna, Olaf, and Mickey and Minnie Mouse, of course! Last, but definitely not least, Santa Claus will also be riding in on his sleigh.

With all of those details out of the way, where and when can you watch the festive parade held at the special place where dreams come true? It will air on Thursday, Dec. 25 at 10 a.m. ET on ABC. As far as I know, there will only be one broadcast of the fan-favorite parade, so be sure you're up, ready, and have all those presents opened before it begins.

Here's a little behind-the-scenes footage to get you in the Disney parade and holiday mood!