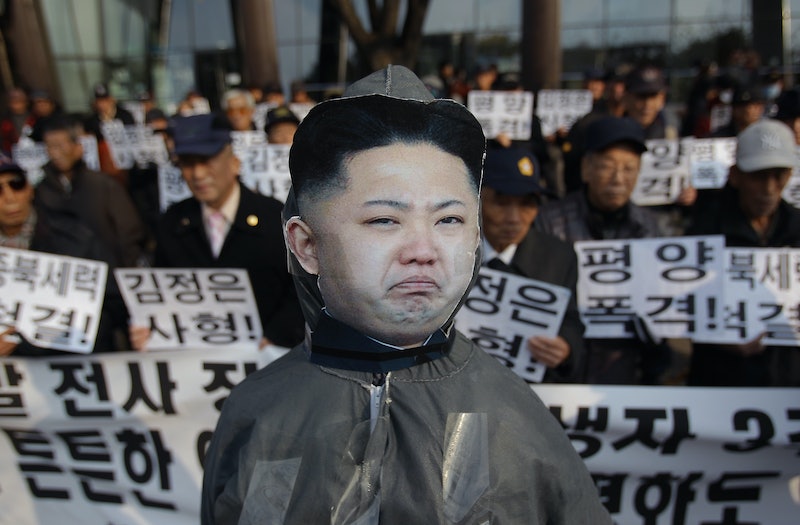 Since you probably won’t get to watch The Interview any time soon (thanks a lot, Kim Jong-Un), here’s a video that will at least partially make up for our losses. This creation is a brilliant mashup of various iconic film deaths staring Kim Jong-Un as the victim in each scene. My personal favorite is the scene from There Will Be Blood, which depicts Daniel Day-Lewis having a psychotic episode and killing Paul Dano with a bowling pin. Swap out Paul Dano’s head with Kim Jong-Un’s, and now we have comedic, dark comedy perfection. I rarely encourage violence, but this is goofy as shit and I love it.

If you haven’t heard, it turns out that the North Korean government was probably behind the Sony hack, which really isn’t a big surprise. As soon as I heard they wanted The Interview demolished, I figured either some hacker in his mom’s basement wanted to derail the Feds off his or her track (aka, I watch too many movies), or Kim Jong-Un ordered some evil geniuses to make sure the universe can never laugh in his expense. Since the hacking is due to the latter, a crucial conversation has been highlighted by the media (as well as President Obama): was bowing down to terroristic threats the right thing for Sony and America to do?

On one hand, it does set a precedent for the rest of world. By bowing out of The Interview, we’re saying, “Look how easy it is to take down the Sony empire and Hollywood, which is a huge chunk of our economy, and also bug up our freedom of speech!” On the other, maybe a satire about killing a mentally-deranged dictator (who, if you remember, initially showed his great displeasure that this film was being made) wasn’t such a good idea. Personally, I was looking forward to watching it on Christmas, so thanks for ruining Christmas Kim Jong-Un.