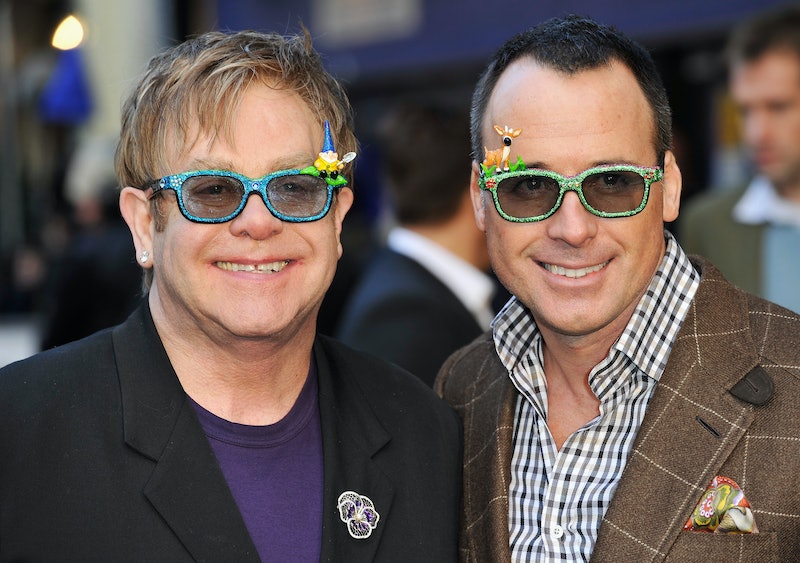 Sir Elton John has invited everyone to his wedding to David Furnish, and that's not an exageration. In addition to the scores of British celebrities who were in attendance at the December 21st ceremony, he's encouraged the guests to share images of the event on social media, making it accessible to just about everyone. Elton John created an Instagram account for the happy occasion, posting an invitation as his first ever post. He encouraged his fans to post pictures under and follow the tag for Elton's wedding, #ShareTheLove. The account has since gathered almost 17,000 followers.

Elton John and David Furnish have been in a civil partnership for nearly a decade, and they have two adopted sons, who adorably served as ring bearers at the wedding. Furnish is a director whose best known work is a documentary on his new husband. John released his 31st album in 2013.

It's a wedding concept that seems more appropriate for a social media celebrity like Kim Kardashian than for an aging rocker, but in the hands of Elton John, it's really sweet. And judging by all the pictures, those from John himself, from celebs like Elizabeth Hurley, Ed Sheeran, and Victoria Beckham, and from all the other attendees, it looks like a pretty fun event. Here are some of the pics.