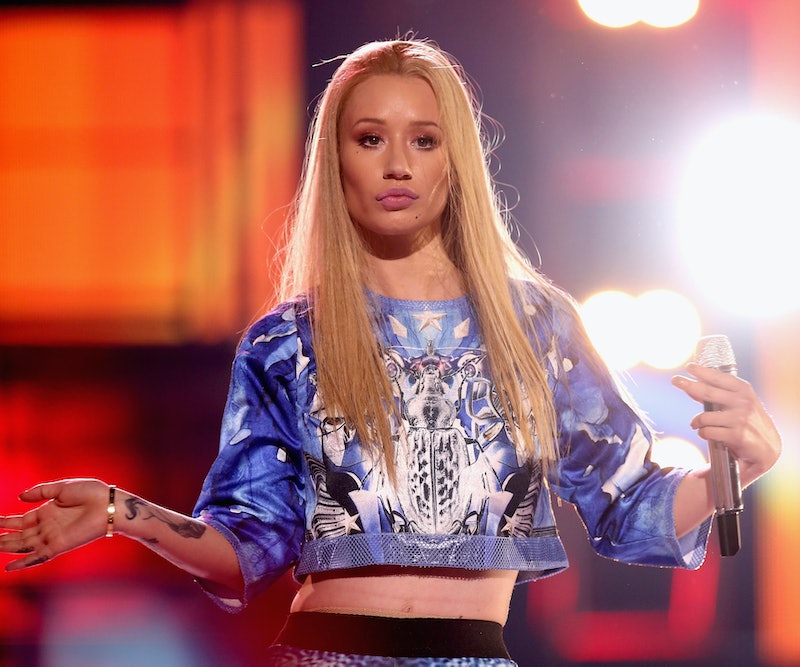 Sometimes people really know how to hold a grudge. At least, it definitely seems that way with the ongoing feud between Iggy Azalea and Azealia Banks, who have been at each other’s throats ever since Banks criticized the fellow musician during an interview with Hot 97 for allegedly misappropriating black culture. So of course, a Twitter war between the rappers ensued and now, a third party has gotten involved after the hacker group Anonymous threatened to release screenshots of Iggy Azalea’s rumored sex tape.

Clearly, things are just becoming seriously intense and this group has pushed the argument way too far. What they’re claiming to do is just downright cruel no matter how they feel about Azalea’s work or views.

Though the group’s twitter account has been suspended — no doubt because they were reported — they said that the singer was “guilty of misappropriating black culture, insulting peaceful protesters, and making light of Eric Garner’s death,” according to Complex.

Among their tweets read threats like, “Let the record show, we have presented evidence. Exhibits A, C, and F,” and comments like “Now about that sex tape. We won’t release the actual video. We have values to live by.” However, @TheAnonMessage did claim they would release snapshots of Azalea’s face to confirm it was her and that “The idea is not about releasing nudes” but that “All we simply ask for is an apology.”

Honestly this is wrong on so many levels. I don’t care how much someone insults you or how offensive you feel they are toward you or your culture (as Anonymous apparently feels that way about Azalea), because you should always be the bigger person in a situation like this. Threatening to post screenshots of someone’s sex tape is extremely low and most definitely doesn’t warrant an apology by any means. In fact, it just shows that you’re stooping to an even worse level than the person you’re attacking because it's a total invasion of privacy.

If anything, all three parties need to learn how to express their feelings with one another in a civil manner. Insulting and blackmailing each other won't get them anywhere.