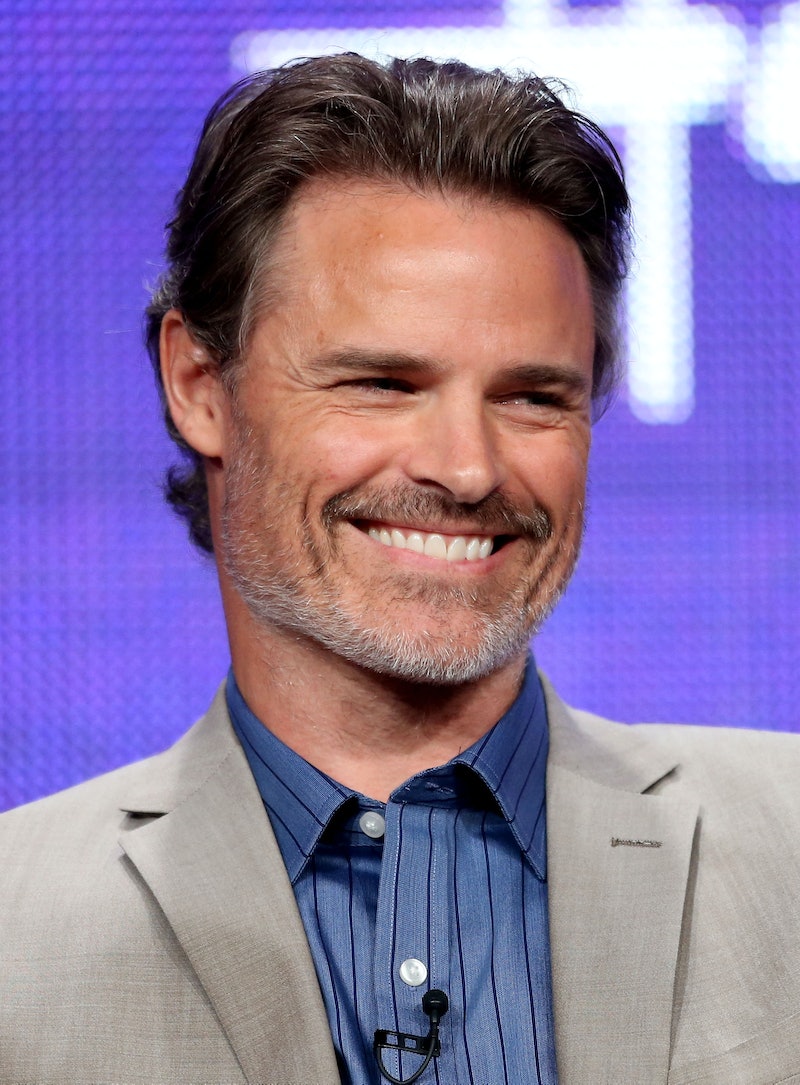 There's something to be said for serious work ethic. Actor Dylan Neal, who stars in Lifetime's A Wife's Nightmare , has been appearing in movies and TV shows since the late '80s, and though he may not be a household name yet, he's acted in enough projects that you're bound to recognize him from something. Over the past 16 years, Neal has amassed an impressive 84 screen credits. That's more than five projects per year, every year. Like I said, the guy is no slouch. So where have you seen Dylan Neal before? There's no way you could have missed him.

In his latest TV movie, Neal plays Gabe, a (seemingly) loving husband whose (seemingly) perfect marriage is shattered when a girl claiming to be his long-lost daughter shows up on his doorstep. Of course, Gabe and his wife Liz (the awesome Jennifer Beals, who I'm always happy to see on screen) take the girl in. But soon enough, Liz starts to realize that something is terribly wrong. Is this girl actually Gabe's daughter? Is their relationship everything it seems? The movie is based on a true story, but I won't spoil what happens. Check out the trailer below to see for a glimpse of this seriously creepy mystery for yourself.

You'll have to wait until Dec. 27 to learn how this unsettling story unfolds. But you can find out where else you've seen Neal right now.

Neal has appeared in Seasons 2 and 3 of the superhero drama as Dr. Anthony Ivo, the mad scientist who attempts to develop a serum that can give people special powers. Did I mention he's mad? Yeah, this guy has a couple serious issues he should probably talk to someone about. In one of the character's most thrilling scenes, he makes Oliver choose between the two women he loves. Goodbye, Shado.

One of the greatest teen soaps of the 2000s, Dawson's Creek focused on the lives of four high school friends: Dawson, Joey, Jen, and Pacey. (Why three-quarters of the show's characters had such unusual names, I could not tell you.) Neal played bad boy Pacey's older brother Doug, who happened to be a straight-laced cop. Early in the series, Pacey believes he's discovered that his older brother is gay, and confronts Doug about his secret. Doug denied the rumors about his sexuality for six seasons, before it was finally revealed in the series finale that he's now in a relationship with Jack McPhee, one of Pacey's high school friends.

Will Neal's next role involve a whip and a few unspeakable sex acts? Not quite. The actor is appearing in 50 Shades of Grey, but he'll be playing Anastasia Steele's latest stepdad (number three, I believe), Robin Adams. But while we probably won't see Neal tied up or flogged, he'll definitely be adding a dash of older guy hotness to this already very steamy movie. Ain't nothing wrong with that.