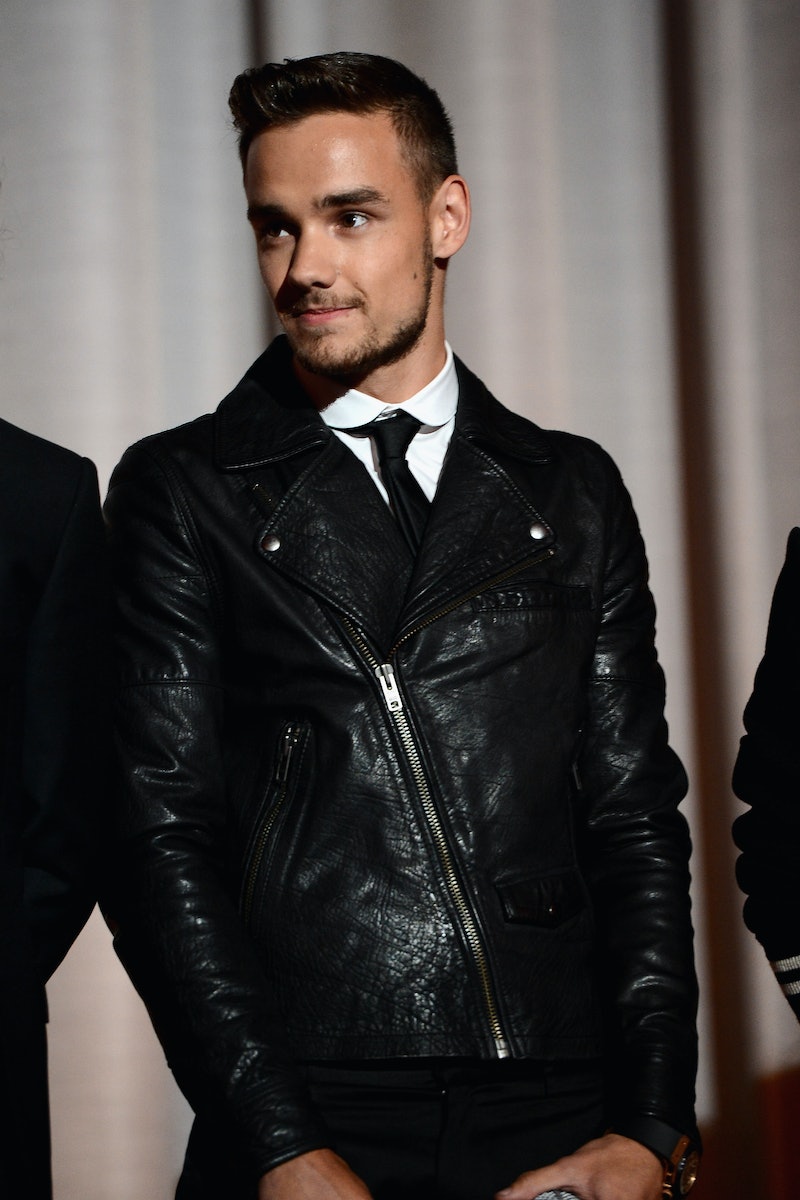 It's common knowledge that one member of One Direction is already engaged. Zayn Malik is off the market after proposing to Perrie Edwards in August 2013. But is another 1D member tying the knot soon? Some recent Internet rumors have people asking: Is Liam Payne engaged to Sophia Smith? Well, before you send the couple a congratulatory flower arrangement, hold up! Let's take a minute to investigate where these rumors came from, and whether or not they're actually true. Personally, I don't believe it for a minute.

Since One Direction performed on Saturday Night Live this week, the band was in New York City. During their trip, Liam Payne and his longtime girlfriend Sophia Smith were spotted shopping at Tiffany's. According to reports, they made a purchase at the jewelry store and then headed to McDonald's. OK, if this is evidence that someone is engaged, I'm not falling for it. Who gets engaged and celebrates with french fries? (Yes, it sounds delicious, but not romantic at all!) Plus, don't you think the proposal would be a surprise, so she wouldn't be there to choose a ring? Yeah, I'm not convinced.

Another reason some Directioners think they're engaged? On Saturday morning, Payne posted a seemingly simple tweet... that could have a lot of meaning behind it.

This tweet could be a reference to the Magic! song "Rude." If you're familiar with the lyrics, the song begins: "Saturday morning jumped out of bed and put on my best suit." The song goes on to recap the singer's journey of visiting his girlfriend's dad to ask, "Can I have your daughter for the rest of my life?" Fans viewed Liam's tweet as an indication of how he was spending his Saturday, aka possibly proposing to Sophia.

Hmm, while that could make sense, maybe he was simply telling the world that he woke up? Song lyrics don't always have meaning behind them. (Although if you asked me in 7th grade, any cryptic lyrics in my AIM away messages definitely were intentional.) Another explanation could be that maybe he just wanted to tweet something about Saturday morning, since he'd have a special Saturday night on SNL. Honestly, anything is possible!

Since I don't know the answer, I'll let these fans debate the subject for me:

While I still don't believe the engagement rumors, we'll just have to wait and see. Based on Payne's history of speaking out on Twitter, I'm guessing there will be an answer soon enough. In the mean time, it's fun to wonder, right?