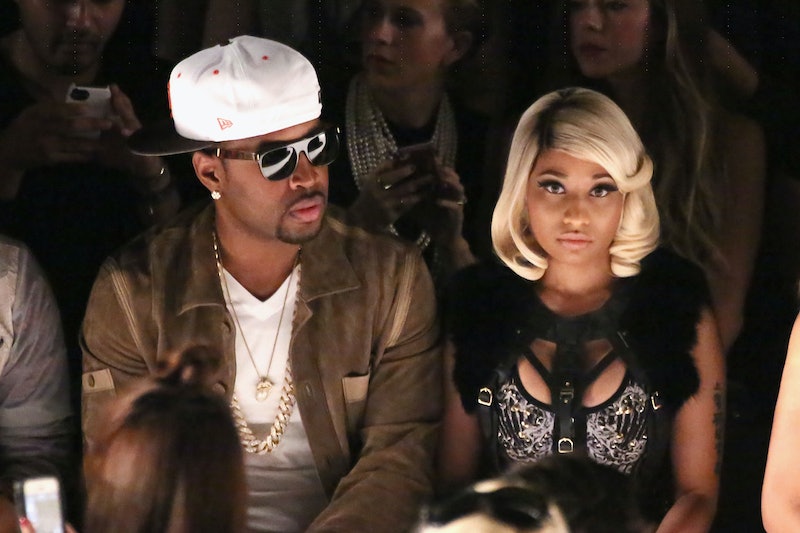 Breakups are tough for anyone, and evidenced by Nicki Minaj’s latest music video, The Pinkprint Movie, they can also be extremely emotional whether mutual or not and whether a couple months or even several years. Illustrating what’s likely a depiction of her recent breakup with boyfriend Safaree “SB” Samuels, the video reveals the rapper crying as she reflect on fights she had with her ex, and is extremely open, giving her fans an interesting perspective on her personal life. Though the music video has already received millions of views since its release on Dec. 19 and positive reviews, after Nicki Minaj and Safaree Samuels had a Twitter confrontation on Saturday, Dec. 20, it looks like not everyone was pleased.

After Minaj’s moving interview with Angie Martinez on Power 105.1 on Wednesday, where she noted how, “My relationship was based off of love, and there still is nothing but love there. This is not some person I picked up off the street. This is somebody I grew up with,” it seems rumors later spread that Safaree was planning to blackmail his ex. As a result, Minaj responded on Twitter with a series of angry tweets that have since been deleted but were published by Vibe.

However, Safaree’s tweets still remain, seeming to confirm that the pair did indeed get into a quarrel over their relationship. While Minaj appeared to claim that her ex was taking advantage of her work, Safaree responded with, “im doing interviews about my sh** and sh** im promoting.. not 1 thing said im doing interviews about nicki. yall sound rididculous [sic].” He continued by claiming that Minaj has had zero respect for him over the years and that he even received a phone call from Minaj’s mother during their public argument.

Once again, as I do with many celebrities who have done this, I have to criticize both Minaj and Safaree for participating in a seemingly petty Twitter war. However, after going through many a breakup myself (not all of them ending well), I can also understand where their hard feelings are coming from. It’s difficult to hear that an old SO may have betrayed you and to think that they could hurt you (I mean Selena Gomez can vouch for us, right?), and it’s easy to lash out because of that.

Let’s just hope that the two have resolved their issues for good privately and that we won’t have to see any other heated debates between them on social media. It's time for them both to move on.

More like this
Kanye West Apologizes To Kim K "For Any Stress I Have Caused" In Rare Interview
By Jake Viswanath
Adam Levine Denies Having An Affair — But Admits He “Crossed The Line”
By Jake Viswanath and Radhika Menon
Everything To Know About Taylor Swift’s 10th Studio Album, 'Midnights'
By Grace Wehniainen and Jake Viswanath
Kesha Is Down To Be The Next Bachelorette
By Jake Viswanath
Get Even More From Bustle — Sign Up For The Newsletter