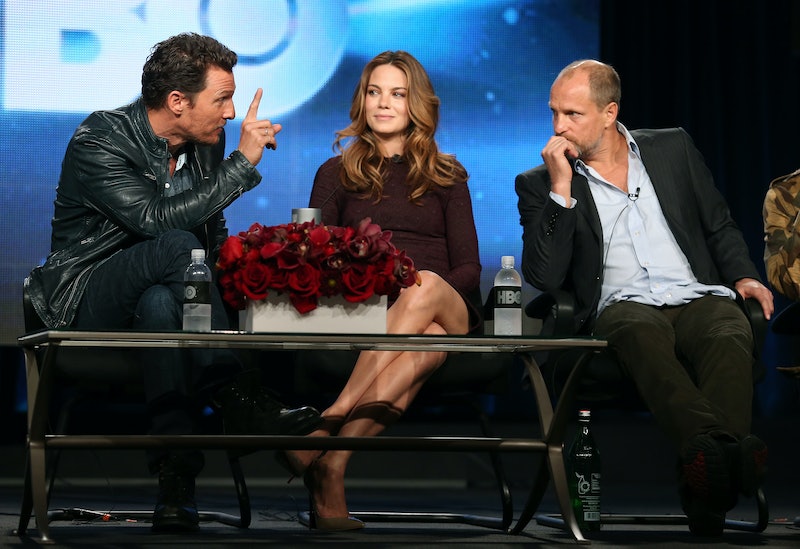 Needless to say, HBO had a banner year (and not just because of the bannermen in Game of Thrones). On Saturday, the network released its "Yearender," taking a look back at all the series, movies and extras they bestowed so kindly on us in 2014. Seriously, this year was THE year of HBO even more so than years past, and with the news that they will begin to offer streaming-only service finally (so you don't have to use your ex-boyfriend's mom's HBO Go password anymore), it looks like 2015 will have us all chained to our smart TVs and laptops and screaming in agony when the site goes down—have you so soon forgotten when the True Detective finale Broke the Internet before Kim K did?

Though it clocks in at only two and a half minutes, the Yearender covers huge ground. As it had to, because there was so much quality content coming from HBO this year they couldn't ignore any of it. You'll remember that this was the year that True Blood and Boardwalk Empire ended; Game of Thrones got even gorier and fierier than ever in its fourth season; John Olivier rained truth bombs down on all of us without being smarmy; The Newsroom signed off; Selena Meyer cropped her hair and went from VEEP to POTUS. Other great content: Beyonce and Jay Z's On the Run tour, The Normal Heart, and how could we forget the most notorious HBO show for millennials: Girls.

Among all the things that HBO is deft at, being a tease is definitely in their wheelhouse. They give an all too short preview of what's coming in 2015, with snippets of previews lasting no more than a few seconds but that superfans will surely dissect until any other morsel of a spoiler comes there way (I am one of these obsessives). Highlights: Jessa slapping Hannah in Girls, and a lonely, forlorn Adam looking dejected alone in the pouring rain. Tyrion Lannister rockin' a full beard and a cape and Arya... in some place with water in Game of Thrones (they really do not like to reveal GOT details, maybe because good old George R.R. is still writing them).

The highly anticipated second season of True Detective is mentioned, though there are no spoilers as it hasn't even started filming. There will be more Leftovers, Silicon Valley, and The Comeback. And! HBO is premiering a host of new series, again, which are barely discernible from such a short clip. We see our first glimpse at Westworld, the sci-fi western from J.J. Abrams starring ANTHONY HOPKINS (the possibilites of what Hopkins could do on HBO already are endless), and Togetherness with Mark Duplass which looks like Modern Family but like, actually real. And there might even be some more Sarah Jessica Parker?! Who knows what these evil geniuses at the Home Box Office are doing?

If I sound reverent, it's because I am. HBO has always been at the forefront of creating iconic cultural touchstones, and I will always been in its debt for gifting me with Curb Your Enthusiasm. And in the new year, with their new streaming only service, I'll have even more friends to whom I can send frantic texts about the new season of True Detective and how I heard a new podcast about True Detective. Television! The great equalizer! A Merry HBO Go to all, and to all a good night.