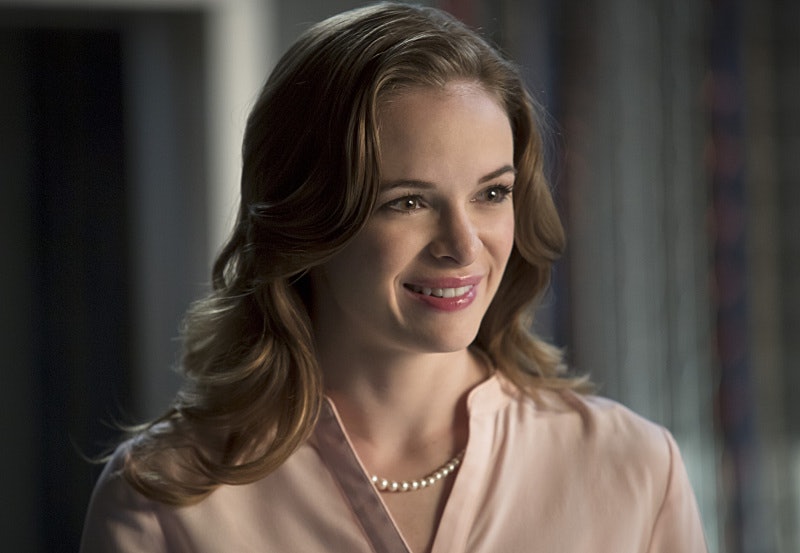 Caitlin Snow doesn't get the press of the dudes around her on The Flash. She's not a suspicious figure masquerading as a helpful mentor like Harrison Wells. She isn't full of pop culture quips like fellow scientist Cisco. She doesn't have superpowers like Barry Allen. Yet DC Comics fans recognized Caitlin as Killer Frost, or the most recent woman to take on the mantle of the villain with ice-based abilities (if it wasn't clear from her name). Caitlin often gets unfairly compared to Arrow's Felicity Smoak... because they're women and people love to compare women even if they're vastly different. While Felicity sometimes comes across as a nerdy wish-fulfillment dream girl, Caitlin has more of a big sister vibe on The Flash. She's sweet, intelligent, and the show has barely tapped into the potential of her character. What's going to be fascinating about Caitlin is seeing her turn from this mild-mannered, kind hearted scientist into the dangerous villain known as Killer Frost. Trust me, it is only a matter of time before we see Caitlin Snow become Killer Frost on The Flash .

In an interview with Entertainment Tonight, The Flash executive producer Andrew Kreisberg addressed when we might see Killer Frost and said, “Hopefully we’ll have a long and successful run and I’m sure at some point, it will happen, but for right now we’re very happy with Caitlin...being Caitlin.” It makes sense for The Flash to build up to such a dramatic turn. Having Caitlin become Killer Frost this season or next would disrupt its dynamic too much. The show still needs to deal with the reveal that Harrison Wells might be Reverse-Flash, which was wonderfully crazy and awesome enough on its own. Even though Kreisberg makes it seem like something far off in the show, the introduction of Firestorm does point to ways the writers can bring Killer Frost into play. But who is Killer Frost in the comics?

Killer Frost is a legacy villain much like The Flash is a legacy hero — many people have taken the name. Caitlin Snow is the fourth woman to be dubbed Killer Frost in the comics and was only introduced last year to the New 52. Like previous Killer Frosts, Caitlin is a scientist, this time working for S.T.A.R. Labs (sound familiar?). Things go awry when agents try to kill her by locking her inside a thermodynamic engine, but instead of dying, her body merges with ice. She gains the ability to generate objects made from ice like daggers, freeze anything alive, and have a layer of ice over her whole body.

The downside? Well, besides losing any semblance of a satisfying life, she's basically a heat vampire. Which is why Firestorm, whom we know as Caitlin's fiancé Ronnie Raymond on The Flash, is so important to the character. In the comics Caitlin learns that the only way to temporarily heal herself is by being around Firestorm. It makes sense — dude gives off a lot of heat.

Killer Frost usually comes across as an icy version of Poison Ivy-lite. Sexy, evil, and an outright manhater. This brand of female villainy is the worst. It's ridiculous and sexist. However changing the dynamic so that Ronnie and Caitlin were a couple before their respective shifts into their superpowered selves makes things far more interesting on The Flash.

There's a lot of pathos that can be injected into the narrative thanks to this switch. I can easily see Caitlin doing her own experiments to rid Robbie of his Firestorm powers, only for one to backfire, leaving her as a metahuman with abilities the exact opposite of his.

It's funny in an I-have-to-laugh-or-I'll-cry sort of way how rare it is to see a female villain on screen that isn't sexed up to the nines and a misandrist. Not everything is about men. By taking a different approach to how Ronnie and Caitlin related to each other before their turns as Firestorm and Killer Frost, respectively, the writers on The Flash have bypassed the glaring issues with the character and left me excited for whenever Caitlin becomes Killer Frost.